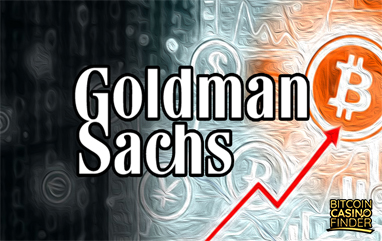 Goldman Sachs, world-renown American multinational investment bank and financial services company, recently announced their next step forward to trade Bitcoin futures contracts. This was never done before by any company as many think that doing such thing would be risky. Hence, Goldman Sachs is the first in Wall Street to embrace the benefits of Bitcoin.

The movement was debunked a long time ago by the company’s competitor, JP Morgan Chase & CO. In fact, JP Morgan CEO Jamie Dimon described Bitcoin as a “terrible store of value”. They believe that the risks and volatility of trading Bitcoin futures contracts, let alone investing with digital currency, is not worth the money. But why did Goldman Sachs take the risk?

This May, Goldman will begin buying and selling Bitcoin futures contracts and non-deliverable forwards or futures with greater flexibility for their institutional clients. Futures contracts are legally binding agreements that clients may use to buy or sell assets at a fixed price in the near future—when the price is right. Traditionally, futures contracts are used to be guarded by a financial company if a trader believes the price will increase. But it looks like Goldman has loosened up the conditions for their clients.

It has been noted, however, that Goldman is not yet completely exposed to all things related to the blockchain technology. Futures contracts enable Goldman to trade on the underlying Bitcoin cryptocurrency but also prevents them from being directly exposed to it. The company will not yet consider any direct contact with the blockchain.

THE FOUNDATION OF GOLDMAN TRADING

According to Goldman, it was their clients’ interest that drove the company to Bitcoin trading. A handful of traditional clients stated that they would like to hold Bitcoin as a scarce commodity—like how people see gold. As a response, Goldman started the movement immediately. After all, the company showcases a technology-first approach in order to gain an edge and strategic advantage over its competitors on Wall Street. They want to dominate America’s financial industry after the financial crisis of 2007 and 2008.

With the help of an intermediary, Goldman already reached out to customers who want to buy and sell Bitcoin futures on the Chicago Mercantile Exchange and the Chicago Board Options Exchange. The company’s first digital asset trader, Justin Schmidt, will handle the company’s Bitcoin trading efforts to ensure effectiveness and transparency.