Half Of American Millennials Warm Up To Cryptocurrencies 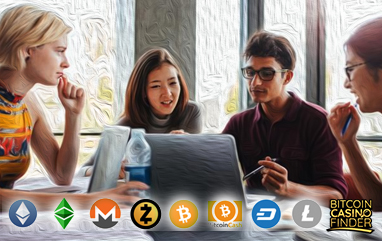 A data from YouGov Omnibus revealed interesting statistics about Millennials and their relationship with cryptocurrencies—more particularly in terms of attitude and awareness. The result shows that a big portion of the said generation in America is more optimistic about the chances of cryptocurrencies being globally accepted. The survey is a cumulative product from the collected answers of 1,202 American respondents. From August 29-30, 2018, the researchers assessed the interest of the respondents in using cryptocurrencies for day-to-day transactions and interactions. Read on below for the result.

According to the survey, a vast majority of American Millennials are familiar with at least one kind of cryptocurrency. By far, the most popular among the target population is Bitcoin. Approximately 71% confirmed that they’ve heard of it. Succeeding Bitcoin is Ethereum where 13% of the sample population confirmed that they’ve been aware of its existence. Other coins that the survey mentioned but fell below the line were Litecoin, Zcash, Dash, Ripple, Monero, Cardano, Stellar, NEO, EOS, NEM, Dogecoin, SafeCoin, Lisk, and Storjcoin X.

From the sample population, the survey found out that about three in ten women have not heard of any cryptocurrency—covering 27%. On the contrary, 16% of men chose the same answer but the remaining respondents are more likely to have heard of most cryptocurrency types.

Of the respondents confirming that they’ve heard of Bitcoin, 87% said that they had no interaction with it through mining, selling, or buying. Looking on the bright side, about one-third or 36% of the respondents claimed that they have immediate plans to buy Bitcoin and stated that they actually believe cryptocurrencies will become widely accepted for legal purchases within the next 10 years. Moreover, 35% said that the coins might increase in value in the next 12 months. Compiling all claims and perspectives, 44% of these are Millennials, 34% are Generation X, and 29% are Baby Boomers.

Over one-third or 36% of the respondents said that they would be interested in converting from the U.S. dollar to cryptocurrencies. The perspectives of the Millennials are nearly and evenly split between using crypto over the U.S. dollar (48%) and not doing so (50%). Regardless, the age group demonstrated a positive approach towards cryptocurrency awareness, acceptance, and interaction.