Bitcoin Gold: Another Hard Fork Is About To Unfold 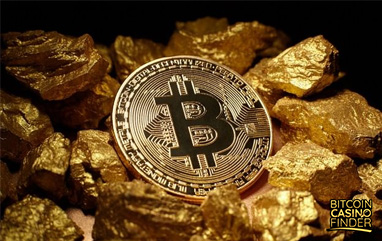 Less than three months ago, the term ‘hard fork’ was first made known to Bitcoin users when Bitcoin Cash launched. Now, Bitcoin Gold, another  Bitcoin alternative will become available through the same hard fork process. The new cryptocurrency will be created at block 491,407 on the original blockchain, and will then be released to existing Bitcoin users. LightningAsic, the team behind Bitcoin Gold thinks that the need for this split roots from the excessive use of expensive powerful mining machines called the application-specific integrated circuits (ASIC)s. It was partly for this reason that Bitcoin mining has become centralized to the hands of big mining companies which goes against one of the ideologies of Bitcoin–decentralization. To produce the new cryptocurrency, LightningAsic will make use of cheaper graphics processing units (GPUs).

How to acquire Bitcoin Gold

Once the split occurs, all Bitcoin owners will receive one BTG per BTC. The best way to acquire BTG is to move your BTC to a wallet or exchange that accepts BTG, or to keep your BTC in a wallet where you have your own private keys. Right now, there are about 20 exchanges and wallets that will support Bitcoin Gold when it launches on Monday night.

While Bitcoin Gold might bring positive effects to Bitcoin owners, some business and mining groups are quite hesitant to venture into the new cryptocurrency. Satoshi Labs CEO Marek Palatinus is doubtful that the project’s aim to decentralize mining will be successful. Unlike the Segwit2x fork which was supported by almost 50 businesses and miners, Bitcoin Gold doesn’t seem to get much patronage. Nonetheless, the hard fork will surely leave a big impact in the Bitcoin industry.