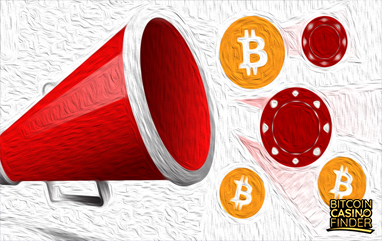 Advertising and gambling are two of the most controversial topics in society because both feed the hungry stomach of capitalism. Ethics and morality are always at stake, irresponsible casino advertisements and promotions are therefore called for. In response, laws, organizations, and counter-advertisements pointing out the negative impacts of gambling on children and involved individuals emerged globally.

Today, advertising and marketing collateral for casino’s or any type of gambling activity are regulated in broadcast and print media where more than 30 percent of the target market is reasonably expected to be below 21 or whatever legal age the country stated in its jurisdiction. How did modern media arrive here?

Not a single soul knows when gambling started, but the Chinese have traced and recorded the practice to around 2300 B.C. Hundreds of years after that, gambling has been going back and forth between bans and legalizations. And up until now, a clear concept of legal gambling does not exist anywhere in the world and there’s still little to be said about the advertisement side of things.

In the 1940s, gambling laws concerning advertisements and promotions were once tested when Puerto Rico exposed casino to the public to boost tourism. The state prohibited the use of the word “casino” on brochures, banners, flyers, menus, and other print advertisements on hotel objects that could be accessible to the public.

In the 1960s, many countries and states legalized gambling. Casinos established a big name in Nevada. But, it seems like nothing has changed since owners still find it hard to promote their businesses. Windows of betting establishments are always blacked out as to not attract children—they weren’t even allowed to have colorful interiors and street promotions. Word of mouth is probably the most effective tool left for them to use during the time.

Online casinos took the world by storm in the 1990s. For the first time, gamblers can play the game in the comfort of their own homes or any place with an internet connection. Casino advertisements can now be accessed by anyone—intentionally or accidentally. As a result, online gambling ran smoothly starting 2006 and grew even more mature when websites added Bitcoin betting to the picture. While many still question what is Bitcoin, this digital currency changed the world of gambling due to its decentralized nature and anonymous characteristics.

Banners, skyscrapers, commercials, and sponsorships — the most effective materials used by these online betting sites — increase traffic by using Bitcoin. More and more gamblers are now being attracted to online casinos because of the very nature of this revolutionary currency. Expect to see banners with the slogans: “fast deposits and withdrawals”, “100% anonymous”, and “no transaction fee”.

Now, it’s safe to say that even though online betting sites still adhere to local laws and gambling organizations, the freedom and privacy Bitcoin casino sites offer are so much better than traditional online gaming platforms.

May it be traditional or modern media, the most popular marketing strategy used by casino advertisements are images consisting of table games surrounded by alluring women or businessmen holding cigarettes and visuals with bright lights and neon colors. The casino industry sells fantasies and dreams — escapes from reality.

According to research, it affects the psychological being of an individual because the combination of colors and texts used by these casino advertisements promotes high energy and constant interaction. Gambling is a form of entertainment promoting endless fun and excitement, social interaction and friendship, financial gain and investment.

From here on, expect casino advertisements to further progress and adhere to the changing times. While online marketing is a rapidly-changing environment, so is the online gaming circle.