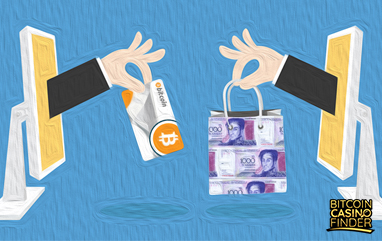 Venezuela is still in recovery after an economic and political turmoil. The country’s national currency, Venezuelan Bolívar (VEF), reached an inflation rate of 57.3 percent in February of 2014. Some sources report, however, that the actual rate had already reached 100 percent by the end of that year. Fortunately, Bitcoin and altcoins saved the country just in time for another economic disaster this 2018. See how Venezuela, once Latin America’s richest country, came to be one of the biggest traders of cryptocurrencies in the world.

When the residents of Venezuela realized how serious the inflation rate is, a grand total of two bitcoins were traded for VEF using the crypto exchange LocalBitcoins—possibly the first transaction ever recorded after the economic turmoil. The value of Bitcoin rose as the country’s hyperinflation increased. Cryptocurrencies now play a vital role in Venezuelan assets, and despite Bitcoin’s volatility, many somehow believe that it is safer than the national currency.

In 2015, the volume of bitcoins being traded for VEF reached its highest record yet. The country reportedly held the record of Latin America’s second largest transaction volume for Bitcoin, following Brazil’s economy.

Cryptocurrencies are the last resort for Venezuelans, that’s why they exhausted every option there is. Aside from Bitcoin, many turned to Ethereum and Zcash, but the most popular altcoin recorded in the country was Dash.

Dash led the charge of altcoins. In return, it was added to the Caracas-based CryptoBuyer exchange in Venezuela as a tradable cryptocurrency, ultimately penetrating the capital of the country. Ryan Taylor, the CEO of Dash Core, explained why it reigned superior over Bitcoin and other cryptocurrencies in terms of transaction fees and confirmation times: “from the perspective of merchants and businesses, Bitcoin has many uses, including as a means of payment [for] online purchases and for transferring money cross-border at low cost. However, Bitcoin transactions are not instant, which means they are not useful for live transactions such as at a register or for online transactions that customers wouldn’t want to wait [for] — such as a digital media purchase. Bitcoin is also too expensive for micro transactions.”

The government continues to solve the financial issues concerning Venezuela’s national currency. People will most likely turn to cryptocurrencies for the next few years. Since the beginning of 2018, there has already been a 344.6 percent rise in the number of Bitcoin traded for VEF on the LocalBitcoins exchange. Most of these coming from the country’s middle classes—60 percent of the population with internet access and knowledge to mining. Unfortunately, reports for Venezuela’s total usage of Dash are difficult to access as there’s no objective and publicly available reading of the coin’s volume data in the country.