How Bitcoin Fueled A New Wave Of Casino Players 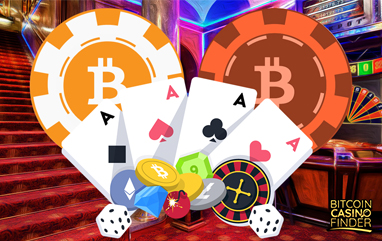 Bitcoin, evidently, is more than just a way to make decentralized payments. Years after its official launch in 2009, the coin made a name for itself as the most popular, most valuable, and best-ranked cryptocurrency in all sorts of industries. But it was only in 2010 when Bitcoin was finally accepted by companies, businesses, and organizations for peer-to-peer transactions. Eventually, online bookmakers noticed the wide appeal of Bitcoin and established a full spectrum for users who want to play online games at the comfort of their own home.

Rise In Price and Popularity

The first cryptocurrency in the world struggled to find stable markets and real clients in its early years as no one trusted the transactional properties of virtual currencies before—people believe that something you cannot hold or see can bring more harm than good. But in January of 2009, the first open source Bitcoin client was revealed to the public. The initial price of the coin that time was only $0.008, but it saw a 900% raise within the next 5 days to hit a $0.08 price mark.

When the world saw the potentials of Bitcoin, companies and businessmen started taking order paybacks in the form of Bitcoin—forcing the contributors to mine more just to reach the growing demand of the public. The market interest grew over the years, reaching $31 dollars in the process. Later, for about 5-6 years, Bitcoin has surpassed its previous limits and successfully crossed peak prices like $6392.53 and $19,783.06.

After Bitcoin took control of global peer-to-peer transactions, new cryptocurrencies emerged in the picture. But none of them is as good as Bitcoin in terms of transactional properties and target demographics. Bitcoin is way faster, cheaper, safer, and can even provide anonymity to all users. It can’t be accessed by third-party institutions like banks and governments, and only requires few confirmations for the transactions to push through.

Online casinos have been in full bloom when Bitcoin’s rapid rise in price and popularity began. They soared even higher in 2016. The coin introduced a new platform to bettors, in which they can indulge in fun and exciting casino games, buy, sell, and trade by simply applying for a Bitcoin Wallet. Cryptocurrencies are highly beneficial to the nature of their business since governments and gambling control boards impose strict rules and regulations.

Casino players who do not favor filling out the login requirements and just want to enjoy betting anonymously resorted to Bitcoin casinos. As a result of such anonymity, players from particular countries where online gambling is banned can sign up in any casino powered by Bitcoin, and can easily enjoy fast and cheap deposit and withdrawal fees.