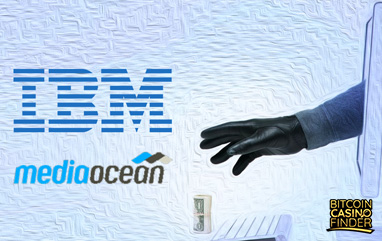 The media buying or persuasion industry plays an important role in people’s day to day living, especially the overall promotion of products and services circulating online. But who is responsible for criticizing, categorizing, and tracking these promotional materials made by them? So far, none. That’s why international computer manufacturing company IBM partnered with software supplier Mediaocean to launch a blockchain-powered media transactions tracker to prevent digital fraud.

The company tweeted the announcement on June 19 via the IBM iX official Twitter page: “The promise of #blockchain will scale the opportunity to clean things up [in media buying].” @rmaster of @Unilever during the announcement of a major partnership between IBM and Mediaocean to integrate blockchain across the media ecosystem. #CannesLions #ReinventMarketing”

The said tracker’s purpose is to apply the blockchain’s power in the media ecosystem to “clean things up”. It will automatically look for digital advertising fraud by preventing payment transactions from going into the wrong hands. Babs Rangaiah, a partner in global marketing at IBM iX, said that the blockchain system will monitor the flow of money among all media buyers and eliminate the use of middlemen. The buyers, he added, will identify where the money is going and what the other party is doing. The elimination of middle players will remove the redundancy in the supply chain of money production, making things easier and more transparent for both parties.

Aside from providing transparency for the media buying industry, IBM and Mediaocean also aim to reduce the time and cost of these media transactions. All media deals coming from Unilever, Kimberly-Clark Corp., Pfizer, Kellogg, and Watson will receive fully functioning scalable solutions by the end of 2019.

Last April, the company Procter & Gamble reported that 20-30% of its advertising budgets went lost due to “lack of viewability, non-transparent contracts, non-transparent measurement of inputs, fraud, and now even your ads showing up in unsafe places.” In exact numbers, this fraud will cost all digital advertisers $52 million per day.

This concern triggered IBM to integrate the blockchain into the advertising industry. Initially, they announced a pilot for a proof-of-concept (PoC) blockchain product to directly connect the contracts and payments of advertisers, publishers, and consumers.