IBM Lands $740-Million Deal with Australia To Use Blockchain 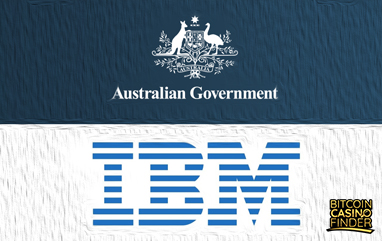 Over the next five years, the world will witness how Australia embraces the blockchain technology. International computer manufacturing company IBM has recently landed and secured an AU$1 billion ($740 million) agreement with the Australian government to become a central technology partner for data security improvement.

IBM will be the sole provider of the country’s new technology such as blockchain, automation, quantum, and Artificial Intelligence (AI). All will mostly be used by federal departments, including defense and home affairs, since cyber attacks have affected international companies like Facebook, Ticketmaster, and likewise, Australia’s national science agency.

According to IBM’S Asia Pacific head, Harriet Green, the new partnership will be beneficial to its citizens and might make Australia one of the best digitized countries in the world. In an interview, she stated: “It [the deal] will enable citizens across the commonwealth to have access across multiple agencies, many, many of the government agencies, to the technology that they need. Many of those new technologies across AI, blockchain–a lot of focus on security. All of this saves the Australian government money over a hundred million dollars and puts them on top three of digital governments in the world. So it’s quite significant.”

Green also noted that the deal was a big step for Australia pushing a “paperless future” across several sectors like taxation and border control. The country, as far as one can see, is completely warming up to the blockchain and cryptocurrencies. Just this week, world’s fourth largest cryptocurrency exchange by daily trade volumes, Huobi, announced the launch of their new trading system on an Australian platform. The exchange, according to them, is “keen to partner with the growing numbers of Australian blockchain projects looking to list in a maturing market”.

For a more solid proof of Australia dominating the digitized world, the Australian government’s Digital Transformation Agency (DTA) 2018-2019 budget has already allotted $530,000 for blockchain research. This, according to some reports, was a specific request from the country’s Prime Minister, Malcolm Turnbull. It looks like the partnership with IBM for data security is the first order of business.