iSofBet Partners With TOPsport To Dominate The Baltic Market 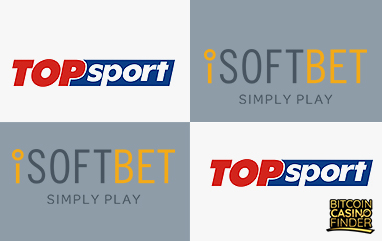 Chief Commercial Officer of the renowned casino software provider, Michael Probert and TOPsport CEO Gintaras Staniulis led the sealing of the agreement. According to both of them, their common denominator is that their two companies’ only goal is to dominate the Baltic gambling market. It’s worth mentioning that this deal with TOPsport is iSofbet’s second move to expand their services in the European market, the first one being with Portuguese online casino operator CasinoSolverde.pt.

Spearheading the launch, Probert said in an interview: “We’re very pleased to have signed with TOPsport, which significantly increases our presence across the Baltic markets. We are always looking to grow in important and emerging territories, and the Baltics is a key region for us as we continue to lead the way in regulated market growth. We look forward to a long and successful partnership with TOPsport.”

Topping up Probert’s enthusiasm is Staniulis’ statement in his recent press release: “We are delighted to sign with iSofBet, who are one of the most well-known content providers in the industry. Their leading games and GAP portfolio offer something unique in the market, and we are confident that our relationship will be a success.”

iSofBet allowed TOPsport to fully utilize their online portfolio and the cutting-edge benefits of GAP, which is a known spectacle in the Bitcoin casino circle. Now, the site is ready to serve its customers with the best-performing slots from the software provider, including the crowd’s favorite Hot Spin and The Dalai Panda, and the newly-released Book of Immortals and Pinata Fiesta. Adding to this is the table games’ selection carrying American Roulette, European Roulette Small Bets, Roulette 3D, Punto Banco, Roulette Silver, and Joker Vegas 4UP.

Meanwhile, the GAP portfolio will give TOPsport access to 3,000 casino titles from iSofbet’s 46 third-party suppliers in the gambling industry. The list contains all the smash hits and newly released provably fair games from big companies. For the main casino operation, TOPsport will also receive a set of marketing and real-time gamification tools to stabilize customer acquisition and retention.