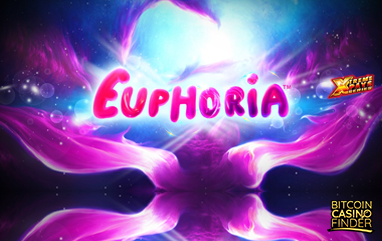 iSoftbet awakes from its slumber. Welcoming the month of May, the London-based developer finally released the long-awaited addition to its classic Xtreme Pays slot series: Euphoria.

The Xtreme Pays series is known for its exciting themes and complicated base gameplay. Games under the series have the best high volatility action in the industry. As the newest addition, Euphoria offers massive win potential to iSoftbet customers.

Mark Claxton, Head of Games for iSoftBet, led the release of the game in iSoftbet’s official press release. Commenting on the expansion of the series, Claxton said: “We are delighted to be expanding our Xtreme Pays Series with the hugely exciting Euphoria. Aimed at generating breathtaking experiences for fans of high-volatile Bitcoin slots`, we hope players will appreciate the thrilling ride and high-octane action. The addition of a more volatile series of games to our portfolio has allowed us to reach out to an even wider demographic, something which has been a resounding success for us so far.”

Euphoria is a jewel-based game set in the nebula. Its galactic background conveys a calming mood that can help players focus on their goals: to win rewards and hit the highest payout. That’s why every spin is tempting—a feature every Xtreme Pays slot possesses.

Players can make winning combinations and trigger the bonus features using the usual gem symbols in most jewel-based slot games. The pace of the game makes up for the simplicity of the symbols. The low-paying symbols are the J-A royals, while the medium to high-paying ones is the gems (in ascending order): orange, green, blue, purple, and diamond. The game’s logo, wild icon, and star sign are the special symbols.

Euphoria Spins – land three star symbols on any reel and win a set of free spins topped with a multiplier of up to x27 in total.

Euphoria Bet – a bonus button that guarantees three bonus symbols on your next spin. It can be activated with the corresponding price of 100 times the total bet.