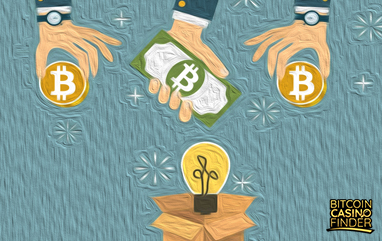 JoyToken, a relatively new development platform for online casinos, announces the creation of a new gambling ecosystem that will shape the future of online gaming and the blockchain technology. The main goal is to develop a less complex, more systematic, and more transparent eGaming space.

“It started whilst we were working on an online casino build, we were asking key questions about what makes an online casino product stand out and started to deconstruct some key issues with the industry. We noted that there had been some stagnation and complacency with no real innovation. There were a number of games providers, all generating similar content with no real commitment to building something new – mainly the same engine with a new skin wrapped around it.” said Andrew MacDonald, CEO of Joy Gaming LTD., as he shares the reason behind his team’s idea of bringing a more innovative product into the market.

Former executives of PokerStars and Bet365 built JoyToken out of scratch in hopes of making a significant change to small online gambling businesses. The gambling ecosystem will target a solution to unite small gaming developers, fiat and Bitcoin software providers, platform providers, digital casino operators, and of course, the players themselves. The first step that JoyToken deems necessary is the effective promotions and entrepreneurial opportunities for startup and small gaming developers. They hope to reach large audiences, including the giant developers which players already trust.

Promoting small gambling businesses to seasoned players is a difficult task since there are big brands that hold their loyalty. But JoyToken is now developing smart contracts to track the performance of these small developers. It will be used as a record-keeper to guarantee the reputation of the business, and as a reward system to encourage them to create more innovative games.

Players and developers alike are very fond of what is Bitcoin, its advantages, and other cryptocurrencies powered by the blockchain. This is because of the special element that excludes financial middlemen, such as governments and banks, from the transactions. The transactions in the new gambling ecosystem will be in the form of JoyTokens.

Before the actual launch of the ecosystem, JoyToken already enjoys the massive support given by major gaming distribution companies operating over 200 online casinos worldwide. They have agreed to use JoyTokens as a currency.