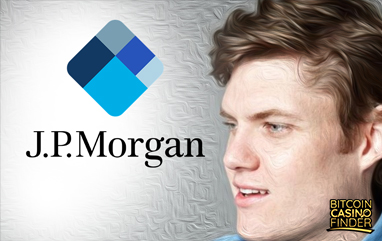 Multinational investment bank and financial services company, JPMorgan Chase & Co., is up for new changes and improvements within the company. The firm recently opened and filled a new position called “head of crypto-assets strategy” to manage and oversee the future project of the company involving the blockchain technology.

29-year old Oliver Harris is the lucky gentleman who took the newly created role at JPMorgan Chase & Co. Interestingly, he became the former head of the company’s Fintech and In-Residence program when he co-founded it. In hopes to promote a unique platform that can connect innovators with ideas under-development, he made the idea possible.

Harris has been contributing groundbreaking ideas to JPMorgan since 2015, and the company has yet to appoint a new person to replace his former position. His knowledge in the financial industry is undeniably wide, that’s why it didn’t surprise many when he was chosen to be the head of crypto-assets strategy—the astonishing thing is his young age.

The new appointment will require Harris to look into the use of cryptocurrencies in the global economy and the JPMorgan firm while reporting directly to Umar Farooq, the current head of the company’s blockchain initiatives. The role expects him to do an analysis of the risks and rewards of implementing both the blockchain technology and digital currencies as an actual mode of transaction. Harris will also manage the JPMorgan’s Quorum project—an internal blockchain initiative and enterprise-focused version of Ethereum built by JPMorgan.

Despite claiming several months ago that cryptocurrency investments were a “fraud”, it seemed like the investment firm had finally seen the potential of digital coins and is now warming up for future blockchain-related projects. If some can remember, JPMorgan CEO Jamie Dimon stated that he would fire any employee trading bitcoins on the company’s accounts. But not long ago, Dimon contradicted his statements and said that he is “open-minded to uses of cryptocurrencies if properly controlled and regulated”.

Some analyst speculates that JPMorgan’s decision to monitor cryptocurrency assets is to rival with Goldman Sachs, the company’s biggest nemesis which recently launched a new cryptocurrency. Besides, other mainstream financial institutions are already exploring ways to enter the Crypto-market.