JPMorgan On The Move: Blockchain For System Overhaul 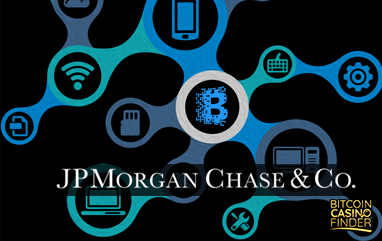 JPMorgan Chase & Co. is one the many investment banking companies skeptical of using Bitcoin and cryptocurrencies as a form of asset, currency, and security. But they treat the technology behind it differently as the company’s Chief Information Officer, Lori Beer, announced in a Buenos Aires press conference that blockchain will “replace existing technology” in a few years.

The vast majority of investment companies are hopping onto the blockchain train. It’s no surprise that the same technology remains JPMorgan’s top priority before 2018 ends. Using the blockchain as a substitute for their current programs and protocols, Beer explained that it can simplify payment processes and store customer’s information related to Know Your Customer (KYC) policy. More than that, the blockchain can also prevent money laundering when transferring money between traditional banks.

Beer firmly believes that JPMorgan can use the blockchain as a source of innovation. And if all goes as planned, the long-term goal of the company is to completely overhaul the system. She further stated, “we are currently following many paths. We invented a blockchain with an open code based on Ethereum. Actual blockchain technology has not yet resolved issues with privacy and scalability that we needed. We are connected to Hyperledger and Enterprise Ethereum Alliance. The application of this technology in business is more important to us than the technology itself. We are looking not only for cost reduction, but also for opportunities to develop new products.”

Alongside the blockchain project, JPMorgan also plans to develop and innovate artificial intelligence and application program interface protocols to help the bank deal with millions of transactions every day.

Now that JPMorgan is open to embracing the blockchain technology, one can expect that they might also be warming up to cryptocurrencies. But when asked about the company’s current stance in terms of buying and selling of cryptocurrencies, Beer admitted that they will only support what is regulated. In fact, they have financial specialists who are currently “evaluating what is happening” in the crypto-trading market.

Additionally, JPMorgan’s official views and position on Initial Coin Offerings (ICOs) were also met with silence. It looks like the company is waiting for the coins to be stable and for other multinational banks on Wall Street to execute their next strategies.