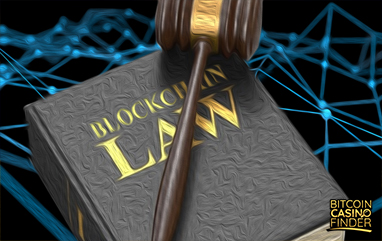 Despite being a small, hidden archipelago in the central Mediterranean, Malta is known worldwide as one of the biggest European gambling hubs. In fact, it hosted the European Poker Tour, the annual Battle of Malta, and the Microgaming Poker Network (MPN) Poker Tour. Malta is also respected as a country since it is where the Malta Gaming Authority’s located—the independent regulatory board responsible for online and land-based casino activities.

The success, legality, and popularity of online casinos today would not exist if it weren’t for Malta and other countries with a stable economy and political laws. Malta is the first country to stand up against strict gambling regulations, allowing licensed Bitcoin casinos and fiat casino operators and players. To say it simply, the country and its gambling authorities triggered the growth of casino industry and introduced the function of the blockchain technology. But concerned Malta officials are still in pursuit of a bigger and better gambling environment for everyone as they propose a regulatory framework for the blockchain.

In 2017, Malta’s Prime Minister Joseph Muscat revealed the preliminary draft and plans of the country to monitor and promote the blockchain technology. Muscat not only highlighted the use of cryptocurrencies in online casinos, he also unveiled its applications in the implementation of national Health and Land Registries.

Following the plan, the Maltese Financial Services Parliamentary Secretary Silvio Schembri revealed in January 2018 the government’s proposals and insights to make Malta as the first country in the world to have a regulatory framework for the blockchain. Under the proposal which will be analyzed by the Parliament are three separate bills:

The first bill focuses on the creation of the actual framework which will be submitted to the Malta Digital Innovation Authority. The MDIA will serve as the governing authority that will oversee and implement all cryptocurrency operations, including the promotion of Malta’s financial services, transparency of transactions, information on ethical standards, and utilization of the Digital Ledger Technology (DLT).

The second bill targets the registration, assessment, and certification of service providers of DTL inside Malta. This will allow individuals to request a blockchain certificate from the MDIA, more or less considered as a business registration.

The third and last bill proposes the application of “Initial Coin Offerings” and regulation of all variables related to cryptocurrencies such as eWallet providers, brokers, exchanges, and asset managers.