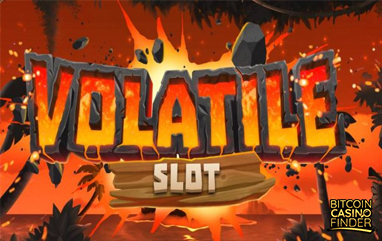 Jean-Luc Ferriere, Chief Commercial Officer at Microgaming, penned the partnership deal with Golden Rock Studios CEO James Curwen. Ferriere explained what we can expect from the partnership through a press release: “With more than 15 new games in the pipeline, Golden Rock Studios are set to broaden our range with fresh and diverse content. Volatile Slot is an impressive debut title and is now available across Microgaming’s entire customer base following a two-week period of exclusivity with LeoVegas.”

The fiat and Bitcoin slots title boasts a Volcano-themed gameplay. From Microgaming’s own words, it promises a “fiery fortune”. The graphics are based on a secluded jungle, so you’ll encounter the following symbols: Hawaiian lady, drums, volcanoes, mountains, shrines, and fire. The low-paying symbols are the 10-A card suite.

The most important symbols offer huge multipliers if you get the right winning combination. The Hawaiian lady can grant you up to 40x multiplier, while the volcano wilds offer random multipliers.

Golden Rock Studios claimed that Volatile slot is a product of ‘maths and mechanics’, so giving away bonus features is a win-win situation for both players and operators. As a player, you can trigger the following bonus features to increase your payouts:

Volcanic Wilds – land volcano symbols on reels 2, 3, and 4, and use it to replace all other symbols.

Exploding Wilds – if your substituted volcanic wild randomly explodes, you can get a x2, x3, or x4 multiplier.