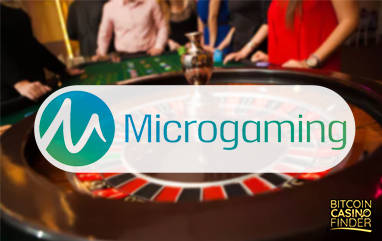 Microgaming is known to the world as the first software development company to release the first genuine online casino in 1994. Now, the company is taking another step forward to dominate the industry again. After a groundbreaking partnership was settled between Microgaming and Switch Studios in November 2018, the two announced the launch of their joint innovation: a next-generation Roulette.

According to Microgaming, their new Roulette represents a new take on the classic table game. It’s the company’s first product in a new set of table games offered by their updated portfolio, and Tom David, the head of Studio at Switch Studios, said that the release of the game is just the start—they’re looking forward to dominating Malta’s gambling scene. Ultimately, the goal of Microgaming and Switch Studios’ is “to deliver the best selection of classic table games that players enjoy, and Roulette is set to pave the way for a new series of table games to come.”

The new Roulette debuted at the Summit of iGaming Malta (SiGMA) 2018, an expo featuring international gaming exhibitors, sponsors, and industry-leading speakers. One-to-one demos of the Roulette’s mobile interface were featured at the event before Microgaming and Switch Studios announced its official released this year.

The revolutionary version of Roulette was built by Microgaming using a new game engine that features special bets and favorites and racetrack betting options. Players can see their spin result history and other betting information, and they even have access to alternative betting board layout and unique bet options through the racetrack feature. This can simplify the user’s gaming experience as all preferred betting options and pre-selected bets are savable and retrievable in one account.

The game is playable through tablets, smartphones, or desktops and laptops run by any software. In whatever device, the Roulette can boast off its modern style and stunning 3D design. Once the game starts, players can notice the authentic and realistic ball behaviors and wheel rotations of the game. The progressive interface is enough to immerse every player to the game and follow every action that can lead to one’s success.