Microgaming Opens A Gateway To Space In Banana Odyssey 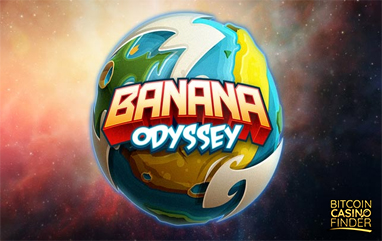 Banana Odyssey was announced by Microgaming at the recent ICE London 2019. It will be their new product made with Slingshot Studios. Now that it’s available for play online, Slingshot Studios‘ Head of Studio, Richard Vermaak, led the release: “We are over the moon to bring Banana Odyssey to the market. There’s a great deal of humor, energy, and attitude in this game, packed with punch and visual clarity and balanced with mathematical and aesthetic personality. The entire experience is designed to deliver that to the player. Its clean and punchy style makes the win potential easy to track, and the win events themselves are designed to elevate the player experience.”

Banana Odyssey will let you leave Earth for a while and explore the endless offerings of the galaxy. It’s a whole new level of sci-fi slot. The game features 5 reels, 10 active paylines, and 96.31% return to player percentage. You can play it for 0.10 to 400.00 a spin across all devices.

Microgaming and Slingshot specifically made two special characters for this game, so you’ll need the help of Buck and Chip while playing. The astronaut characters Buck and Chip are the most-rewarding symbols as they can grant you a 10x multiplier for a combination of five symbols.

You can also make winning combinations using medium and low-paying symbols like Banana Blasters, Banana Planets, Astro Nuts, and the standard A, K, Q, and J card suits. These Banana Planets are the wild symbols, so it can replace all symbols except the scatter.

Banana Odyssey may have the usual bonus features you often see in most online slots, but these two in-game features are fairly easy to trigger:

Expanding Wilds feature – when the Banana Planet wild appears on any of the 3 middle reels in the game, the wild symbol will transform into a wild reel. The symbol will expand to give you winning combinations.