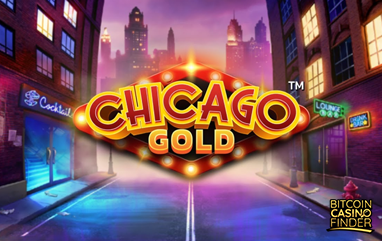 After the success of their debut collaborative product, The Smashing Biscuit, Microgaming and PearFiction Studios are set to strengthen their partnership with another slot release. The two companies take their strategic relationship to the next level with the release of Chicago Gold on February 4.

Director of Games for Microgaming, Andrew Booth, announced the news in a press release after the company unveiled its list of January releases from its roster of independent partner studios. PearFiction Studios headlines Microgaming’s February lineup with Chicago Gold, its first major global game.

“PearFiction Studios are proven innovators who marry great artwork with technical insights, game performance, and a huge sense of fun. Join us on 28 January when we take a closer look at Chicago Gold and learn more about the PearFiction Studios team,” said Andrew Booth.

Microgaming releases five or more slot titles a month for both traditional online casinos and Bitcoin casinos, made in-house or with the help of its independent partner studios. Following the release of Chicago Gold in the first week of February, players can expect more new releases from other studios.

The game is housed in a layout with 5 reels, 5 rows, and 45 paylines. It offers a maximum RTP of 96% and a medium to high volatility gameplay. Bets can range from 0.20 to 50 coins. The maximum jackpot a player can hit is 5,000x the original stake.

Free Spins – Land scatters on the 1st, 3rd, and 5th reels simultaneously, and get 8 free spins.