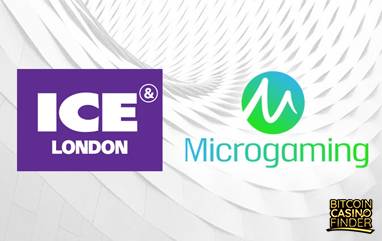 ICE London 2020, the biggest gaming conference in the world, is fast approaching. International game developers and participants are now preparing for their exhibitions and appearances. Of course, award-winning developer Microgaming is not here to be left behind.

Microgaming just announced its new product showcase for the international conference. John Coleman, CEO of Microgaming, released a statement on their official news site: “ICE 2020 will see Microgaming introduce its latest suite of high-quality, entertainment-driven games, scheduled to launch throughout the year on our award-winning content aggregation platform. Joined by talented and passionate specialists from nine of the independent studios behind our latest and upcoming exclusive titles, attendees can expect a lively welcome to Microgaming’s world in the heart of London.”

Microgaming plans to add 100+ exclusive fiat and Bitcoin games and 240+ partner games to its portfolio this year. But in the meantime, here’s the complete list of Microgaming products and innovations coming to ICE London on February:

The success of Triple Edge’s Book of Oz slot inspired Microgaming to finally introduce its collaborative games from its roster of indie studios on ICE 2020. Another title from Triple Edge will be unveiled at the event: Sisters of Oz, followed by Alchemy Gaming’s WowPot progressive jackpot slot and Just For The Win’s Aurora Beast Hunter online slot.

Aside from exclusive slot releases from indie studios, Microgaming also emphasizes its new branded slot offerings in the event. The lineup includes smash-hit titles like Jurassic World and Lara Croft Temples and Tombs. More themed games will be revealed in the event.

Microgaming will improve its award-winning CSR program, PlayItForward. The program is a community-driven platform that promotes health, charity, sport, and education through software development. It raises money for charities and universities. This year at ICE London, Microgaming will aim to provide environmentally-sustainable gaming content and facilities under PlayItForward.