Microgaming Welcomes April With A Trio Of New Releases 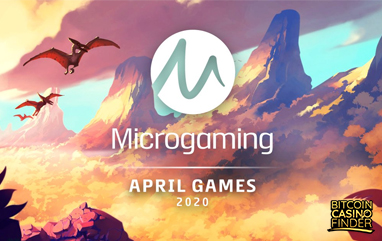 Since Microgaming entered a new decade, the developer vowed to release timely and quality releases every month to expand its slot department. This April, Microgaming introduces three new rewarding fiat and Bitcoin slots for all types of players.

James Buchanan, Director of Global Operations at Microgaming, announced the entire set of games for the developer’s April releases. In an official press release, Buchanan said: “April will see Microgaming strengthen its content portfolio with a variety of dynamic games from its network of independent studios and content partners. Rich in rewarding features, stunning visuals, a range of volatility levels, and diverse characters and styles, including striking gladiator and caveman themes, there is plenty of choices available for our customers this month.”

To be launched on April 7, Anderthals will lead the way for quality Microgaming games this April. The slot features the peculiar family of Andy and Annie Anderthal. The Anderthals live in a cave, a staple story in the mythology of Ancient Greece or Rome. It will bring us back to the dawn of civilization.

Diamond Force, the next release, debuts on April 14. It’s a superhero-themed game set in a futuristic city. The goal is to protect the city while earning rewards. For the gameplay, Diamond Force offers 5 reels, 3 rows, and 1,024 paylines.

The game is playable for a minimum bet of 0.10 and a maximum bet of 10.00. Each spin, regardless of the betting amount, has a chance to hit the 13,175 jackpot. Along the way, players can trigger bonus features like Team-Up Feature and Team-Up Bonus Spins.

In partnership with Snowborn Games, Microgaming promises to release The Vault on April 28. It’s a heist-themed game set in an elegant Parisian gallery, so players can expect a thrilling and rewarding experience.

The Vault has 5 reels, 3 rows, and 20 paylines. The game’s RTP can be adjusted from 19% to 96%, depending on the online casino operator offering it. For every bet, players can trigger free spins, respins, and bonus rounds. Lucky players can hit the 5,000x jackpot.