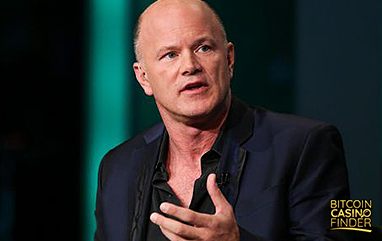 Ex-Goldman Sachs partner and Galaxy Digital CEO Mike Novogratz released a statement through Financial Times stating that he expects cryptocurrency to “flip next year”. This is due to the struggles and challenges his crypto-driven company has experienced this year and the most recent market downturn of cryptocurrency. If you remember, Novogratz is also the one who defended  BTC over BCH on Twitter, which sparked heated discussions during its course.

Novogratz’s business has a multitude of branches, including venture capital, advisory, mergers and acquisitions, and capital raising. But the firm had lost loads of its capital to Bitcoin and crypto users. The firm’s performance went public on the Toronto Stock Exchange (TSX) in August, and the report revealed that its profit has fallen abruptly in recent months to $1.37 from $2.94.

It saw an obvious drop-off in business when the majority of its clients demanded to scale their crypto-related involvement back. With this issue, Novogratz shared to the public the current position of the company: “Anxiety levels go up when crypto goes down… In most traditional business, [such as] Goldman Sachs, you don’t worry. There’s not an existential threat out there.”

It’s worth noting that Novogratz was a cryptocurrency fanatic, but his financial loss this year has directly affected his plans to grow Galaxy Digital into the “Goldman Sachs of crypto”, a continuation of his former achievement at the multinational investment firm. Regardless, he confirmed that he won’t give up on crypto just yet: “It’s easy to get skeptical but there’s something happening… I originally said ‘I am setting up the Goldman Sachs of crypto’, we need to stay very flexible on where things go.”

Novogratz’s statements and predictions regarding cryptocurrencies received some backslash from other investors and businessmen. One notable personality is Tim Swanson, founder of fintech advisory firm Post Oak Labs. He responded to the claim by saying that Novogratz was “trying to predict something that he has no influence over”.

One anonymous blockchain company founder also released a public statement addressing Novogratz’s interview. He said that “one of the biggest problems in crypto is the lack of credible merchant banking” and that Galaxy Digital is trying to take advantage of this fact.