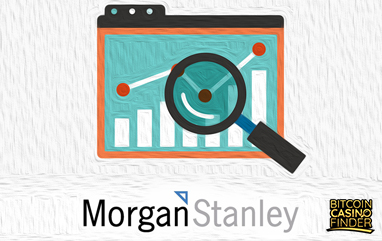 Morgan Stanley, a top-tier American multinational investment bank and financial services company, released their annual report on Bitcoin, cryptocurrency, and blockchain. The result of the company’s series of studies revealed that Bitcoin and altcoins have constituted a “new institutional investment class” since 2017.

Last year’s report is completely different from the positive trajectory of Bitcoin and other cryptocurrencies this year. The highlight of the 2018 report contains how Bitcoin progresses and how its investment purpose has changed since it was established. However, Morgan Stanley also detected some limitations and deficiencies concerning the coins, most especially in energy consumption and regulatory framework.

The complete overview of the 2018 report can be found below.

Bitcoin’s current development is viewed by the bank as “surprising”. Morgan Stanley previously released a statement claiming that Bitcoin is similar to Nasdaq, except that it’s “15x” faster. Because of this, market analysts predicted that financial markets would heavily lean towards the transactional properties of Bitcoin for trading in the future.

In the report, Morgan stated: “Over the coming years, we think that the market focus could turn increasingly toward cross trades between cryptocurrencies/tokens, which would transact via distributed ledgers only and not via the banking system.”

Half of Bitcoin’s trading in 2018 faces digital assets. It went up against JPY, EUR, BCH, USD, KRW, and USDT. The main reason for this is Bitcoin’s level of stability compared to other fiat currencies. This trend started in late 2017 and soared high throughout the summer of 2018—probably triggered by several international industries launching their own cryptocurrencies.

54% of total cryptocurrency value remains Bitcoin, but other cryptocurrencies and stablecoins share the trading volume in the market. However, Morgan Stanley researchers once again noted that not all stablecoins will survive. Only those with low transaction costs, high liquidity, and complete regulatory structure can stay in the market and obtain widespread adoption.

The Morgan Stanley’s 2018 report called Bitcoin as a “rapidly moving thesis”. The researchers traced back the evolution of Bitcoin throughout the years, including its varying roles of virtual cash, fundraising mechanism, methods of storage, and more. The complete list of timeline and roles is as follows:

48% of Bitcoin funding came from hedge funds and venture capital, 3 percent was found in the form of private equity. As an investment, on the other hand, more than half of the revenue came from investors based in the U.S, China, Hong Kong, and the U.K.