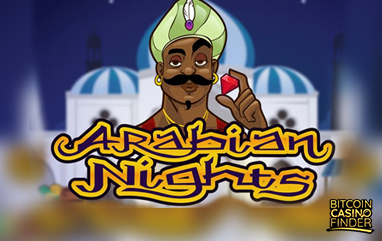 Award-winning slot developer NetEnt just made someone’s holiday merry. Just recently, a Swedish player hit the €1.4 Million Jackpot on the Arabian Nights progressive jackpot slot after a €10 bet. Arabian Nights slot is one of the most popular titles on NetEnt, but it’s only this month that the game offered one of its biggest and most-coveted jackpot prizes after the last winner.

The jackpot was won at Hajper Casino, a Sweden-licensed online casino operated by ComeOn!. In total, the winner claimed the €1,422,545.44 jackpot. With a small bet, he spun the game and landed five high-paying Aladdin wild symbols. The move triggered the free spins feature that led him to the jackpot.

Although the player’s identity is undisclosed, Bryan Upton, NetEnt Director of Games, happily released the announcement: “Arabian Nights is such a legendary game in the jackpot segment. It has created instant millionaires continuously since its release back in 2005. We are thrilled the game yet again has delivered a life-changing win and would like to extend our congratulations to the player.”

Arabian Nights is one of the first fiat and Bitcoin jackpot games NetEnt created. It’s part of the developer’s other classic slot releases in 2005, such as Mega Fortune, Mega Fortune Dreams, and Hall of Gods. These games also turned other players into instant millionaires since their releases. The last winner of Arabian Nights actually won £2.75 million, so it’s really a lucky game for some.

The game is a low to medium volatility slot with 5 reels, 10 paylines, and a 95.6% RTP. It can be played across all devices from €5 per spin. The minimum bet is enough to hit the jackpot, although higher bets may lead to more spins and chances.

The Arabian Nights progressive slot is inspired by Western stories. Specifically, it’s theme was derived from the Islamic Golden Age from the 9th to 13th century. The symbols that offer winning combinations for hitting the jackpot are machetes, magic oil lamps, Arab merchants, magical stones, camels, babouches, tents, and fezzes. The low-paying symbols are the 9-K card suits.