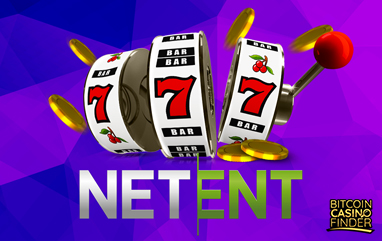 Top notch software provider NetEnt produces fiat and Bitcoin slots designed to impress all kinds of players. This September, NetEnt prepared 3 new slots to kickstart your Ber months. Keep an eye on the following games before they go live:

The 5-reel, 3-row video slot, Imperial Riches, features the traditional Chinese garden in all its glory. It debuts today, so you can see the theme for yourself. Symbols in the game include most lucky symbols from China, including lucky charms, bamboo sticks, Chinese lanterns, golden gongs, and lotus flowers.

For the bonus features, Imperial Riches offers several jackpots and bonus games. Some of them follow a progressive jackpot system that grants Major, Mega and Midi bonuses with fixed values, while others activate free spins and re-spins.

Twin Happiness is set to release on September 12. According to NetEnt, this is one of their Chinese-themed slots with built-in bonus features. The game has a simple layout consists of 5 reels, but it offers 243 active paylines. That means that you have 243 ways to win even if you can’t hit the jackpot.

Like Imperial Riches, the influence of China’s history and culture is visible in Twin Happiness. The symbols show detailed graphics of Chinese gold ingots, lucky 7s, peaches, paper lanterns, and gold bars. You have multiple staking options here, so most symbols can grant you unusual winning combinations.

Conan slot is based on the fictional movie character Conan the Barbarian—played by Jason Momoa in 2011 and Arnold Schwarzenegger in 1982. From the game’s official trailer released at ICE 2019, it seems like the game based its graphics on the characters from the first movie and the original comic series written by Robert E. Howard.

Conan slot goes live on September 24. Players can play it at 0.20 to € or £200 for every spin on any device. You can make winning combinations on the game’s 3 rows and 24 paylines using the following symbols: golden lion coins, silver eagle coins, hooks, swords, shields, helmets, snakes, and the images of Conan, Valeria, and Thulsa.