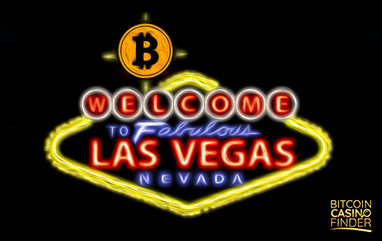 Las Vegas, Nevada is the frontrunner in introducing casino products and innovations. Gambling is already an integral part of the state’s culture even before modern technology existed. Unquestionably, government and other organizations’ inception didn’t stop the rise of casino industries both online and offline. After knowing what is Bitcoin, Nevada is now more open to embracing the cryptocurrency as a payment method for almost all types of entertainment services.

Almost 10 years have passed since Satoshi Nakamoto introduced Bitcoin and peer-to-peer electronic transaction to the world. And despite Nevada’s reputation in the entertainment business, the Nevada Gaming Control Board and the Nevada Department of Taxation are still not keen on regulating Bitcoin. No one from the board has insisted to create bills and regulatory measures for the use of Cryptocurrencies, let alone the most popular among all.

In any case, the gambling industry of Nevada evidently maximized the use and benefits of Bitcoin. According to Las Vegas Review-Journal, there are a number of conferences in Las Vegas that talk about is cryptocurrencies and the blockchain technology. More and more businesses have been warming up to Bitcoin, especially D Las Vegas and Golden Gate.

The 34-story D Las Vegas is the first Nevada casino to accept Bitcoin as a mode of payment. They even made a commercial just for its promotion. The owner, Derek Stevens, admitted in an interview that he have heard the benefits of Bitcoin from casino customers who work in a tech industry. After the implementation of the Bitcoin project, D Las Vegas attracted tech patrons and overseas visitors from around the world. The owner, however, stated that he has no future plans to accept other cryptocurrencies.

Bitcoins can be used for hotel, resort, and other expenses. Visitors can still use their gambling cash, but a Bitcoin ATM is available on the casino floors to convert dollars into Bitcoin or vice versa. A $5,000 daily withdrawal limit is strictly set.

The cryptocurrency mania has also affected the oldest and one of the most sensational tourist destinations in the United States—The Golden Gate. Like D Las Vegas, the historical casino hotel of Golden gate accepts Bitcoin as a payment method. Its lobby now houses Bitcoin technology near the artifact display of an authentic 1907 Kellogg telephone. Visitors can purchase Bitcoins through BitPay, and they can streamline transactions using Smartphones or tablets with Bitcoin wallets.

In all, this poses another opportunity for Bitcoin payments to seep inside the land-based gambling industry. While you can find many brands on the Bitcoin Casino review page, bettors will surely love the fact that they are now one step closer to gambling with bitcoins on brick-and-mortar establishments.