Notable Appointments And Departures From The iGaming Industry 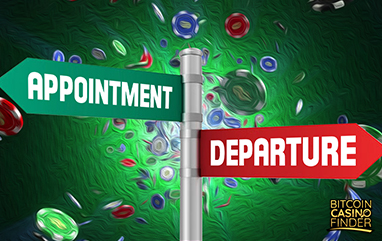 The popular sports and casino software provider UltraPlay has announced the appointment of a new Chief Executive Officer (CEO) starting Quarter 1 2018. Dariy Margaritov who successfully led the company as founder and CEO since 2010 passed the position to Mario Ovcharov, former Chief Marketing Officer.

Mr. Margaritov will redirect his career to planning and developing projects related to cryptocurrency and Bitcoin games, especially the implementation of the Blockchain Technology. He then expressed his gratitude towards the newly appointed CEO: “Mario Ovcharov is a perfect example of a top manager who has successfully made his career within the company. He brings an incredibly deep understanding of our business, proven track record and strategic approach that will certainly lead UltraPlay to the next successful milestones”.

Together with Ovcharov, Peter Ivanov will lead the trading department of Ultraplay. He will deal with the company’s sportsbook, heading the in-house team of traders and fulfilling the company’s mission to offer the widest selection of online games.

The world’s leading software provider for fiat and Bitcoin casino sites, poker, and sports, Playtech, announces the appointment of Richard Bayliss as the team’s new Regulatory Compliance Manager. Bayliss is the former Senior Online Manager of UK Gambling Commission since 2006.

Bayliss will lead the implementation of Playtech’s responsible gaming initiatives. His roles include heading the research about effective treatment and prevention methods, as well as the planning and distribution of educational paraphernalia and employee training.

“After more than a decade assessing the regulatory impact of technological developments in the industry, I’m looking forward to seeing some of these developments first-hand in my new role. Playtech has long had a reputation as a major innovator in online gambling, and I’m very excited to be joining the team,” Bayliss said as he shares his enthusiasm in joining Playtech.

Vigen Badalyan, Betconstruct’s founder and Executive Chairman, is the new CEO of the company as Vahe Baloulian stepped down from his role.

After a total of six years in leading the award-winning developer and provider of online and land-based gaming solutions, Baloulian left in early November of 2017. He joined the company in 2011 as a Strategic Advisor, and proved his competency in the industry by receiving numerous awards and acknowledgments during his stay.

“I have been working with the company for the last four years as an executive consultant and I am thrilled to join their talented team of people who are set on making sure that the gaming industry continues to innovate and thrive,” Baloulian concluded after leaving the company.