Notable Cryptocurrency-Based Card and Board Games 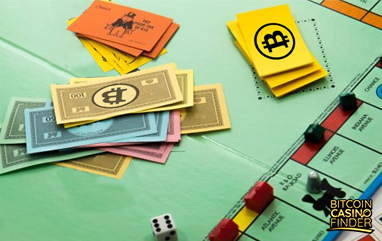 Even in a digital world filled with video games and new tech trends, board games take the spotlight to thrive in the Internet age. Adults and young adults of today grew up on board games, hence the tradition of playing them with family and friends every gathering. But what if it’s actually possible to integrate technology into our legendary board games to make the tradition more exciting?

With the help of blockchain technology and cryptocurrencies and inspiration coming from Bitcoin games, a new variety of board and card game merchandise was introduced to the public. Most of them have concepts and gameplay similar to Monopoly and Life, but there are others truly unique in their own ways. Some of the most notable Bitcoin-based board games out in the market today are the following:

Having been launched in 2018, Bitcoin Empire is the pioneer of Bitcoin-based card games. It was created by David Thomas, the director and co-founder of Mayfair-based cryptocurrency broker GlobalBlock.

The game has an interesting set of mechanics you don’t usually encounter in a standard card game. As a player, you act as a pioneering entrepreneur trying to collect and store as many bitcoins as possible. The face-down cards represent your funds. Some of the character cards have concepts of law, coding, and marketing. The notable attack cards include Hack, Lawsuit, and Smear Campaign.

Bitcoin Empire: To the Moon 2.0

Since the original Bitcoin Empire had an impressive run, David Thomas created a sequel called Bitcoin Empire: To the Moon 2.0. To launch the new game, Thomas had to obtain funds for the project. The game was then released in the first quarter of 2018.

The sequel reflects a similar framework from its predecessor, but it now includes a wide range of pop culture and political references. The card game requires multiple players to compete against each other to collect the highest number of bitcoins and create Bitcoin exchanges.

Crypto was launched by Indiegogo through crowdfunding. It’s a strategic board game featuring cryptocurrency and auction-based mechanics. The creator claims that players are not required to know anything about Bitcoin or crypto to master the game, so anyone who is fond of board game can enjoy it. As for those who truly want to know the world of digital coins, this board game is a good place to start.

Cryptocurrency: The Board Game

Crypto captured the interest of board game lovers and cryptocurrency enthusiasts because of its tricky, witty, and interesting mechanics. Each player needs to act like a CEO of a startup company, and along the way, one has to trick other players into buying cryptocurrency scams to trade and mine more cryptocurrencies for himself.

The game, though controversial, sparks the question: “Will cryptocurrency be the next digital revolution or just one big scam?”. It allows players to explore the complicated nature of cryptocurrency mining and the global market.