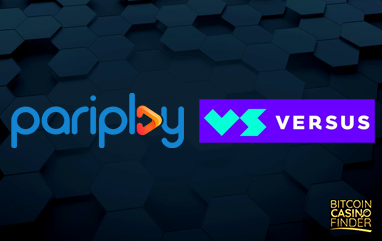 Pariplay Ltd., the content provider behind top-notch products like the Fusion™ aggregation platform and the Ignite Studio development program, signed a partnership agreement with online game operator VERSUS to expand its Spanish footprint.

Andrew Maclean, Sales Director at Pariplay, announced the news with Juan José López, Sports Betting and Online Gambling Director at VERSUS, in a press release. Stressing VERSUS’ strong position in Spain and what it means to Pariplay, Maclean said:

“It is very exciting to be partnering with a brand that has as much visibility in Spain as VERSUS does, thanks to its impressive sponsorship deals. We are looking forward to seeing the presence of our game studio expand in the promising Spanish market and we’re confident that our offering will resonate well with players here and beyond, as we continue to expand our footprint throughout the coming year.”

This latest partnership agreement allows Pariplay’s traditional online and Bitcoin casino game library and the Fusion™ aggregation platform to complement VERSUS and their current offering of various casino and sports content. Spanish players from VERSUS can now experience a whole new range of state-of-the-art casino games.

Pariplay will deliver hit titles like Dragons Of The North Deluxe, Wolf Riches, King of The Trident Deluxe, Treasure Temple, and Rumble Rhino to VERSUS. These titles made their debut in Spain and other regulated markets.

VERSUS, in exchange, will help Pariplay further its presence in the regulated Spanish market following its debut in the fourth quarter of 2020. VERSUS has already positioned itself as a unique and dominant option among online casino and sportsbook players in the Spanish market. In fact, the company was named as the official sponsor of Atlético de Madrid, one of the most important football clubs in Spain, at the beginning of La Liga’s 2020 to 2021 season.

With its new presence in Spain, Pariplay continues to move forward in the global online gambling market. Spain is also slowly becoming one of the rising countries in the market. The country reportedly recorded over €426 million in revenue during the first quarter of 2020, according to figures released by Dirección General de Ordenación del Juego (Directorate General for Gambling Regulation).