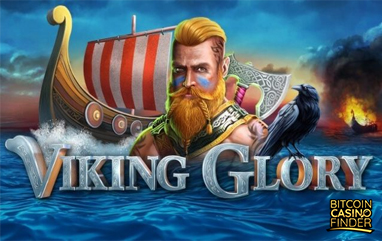 Gibraltar-based online casino game developer Pariplay launched one of its probable smash hits this year: Norse-themed slot Viking Glory. With the developers releasing fiat and Bitcoin slot games this year, Viking Glory is one of the few titles with the biggest win potential and interactive features.

Commercial and Marketing Director of Pariplay, Richard Mintz, is certain that the game would surely be a hit. In a press release, he commented: “Viking Glory gives our customers yet another thrilling gameplay experience, highlighted by our new Power Pay feature, which further raises our own standards for creativity, engagement, and fun. With the most bonus features of any Pariplay release, this game invites players into an immersive environment, filled with big win potential that will encourage repeat visits and maximize player retention.”

Viking Glory has 5 reels, 30 paylines, and a 95.97% return-to-player (RTP) rate. It also has medium volatility, so new slot players would easily manage their bankroll while playing the game. Viking glory is available on all Pariplay’s platforms and across all devices from between 20p and £40 per spin.

Viking Glory’s main theme features a Norse epic adventure. Set against the ocean, players would be spinning their way to huge payouts on a ship. You can make winning combinations using the game’s medium to high-paying symbols: dragons, Viking warriors, Vikings logos, ravens, bows and arrows, gold pouches, horns, and helmets. The low-paying symbols are the A to 9 card suites.

The heavy-bearded Viking warrior on the game’s cover art is the wild and can replace all standard symbols except the scatter. When you land 3, 4, or 5 of viking warriors across one payline, you get 2, 5, or 15x multipliers.

Pariplay confirmed that Viking Glory boasts more features than any other slot games they released this year. True to their word, you can trigger the following bonus features and extras:

Power Pay – this feature offers 4 options when triggered: Power Pay Credits, Power Pay Wild Reel, Power Pay Multiplier and Power Pay Respin. The option would depend on the placement of the reel when the spin came to a stop.

Viking Shield Wall Free Spins – the bow and arrow symbol triggers this round. This feature grants free spins and coins.

Viking Wild Strike Free Spins – when you land a wild strike symbol on one reel, the symbol will expand horizontally to give you more winning combinations.