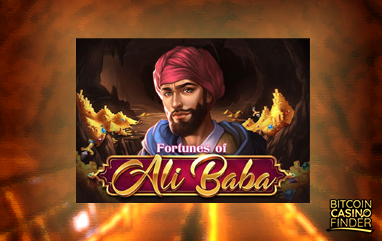 Johan Törnqvist, CEO and co-founder of Play’n Go, announced the release of the new game on the developer’s news page. Törnqvist reveals that plots and stories are their major considerations in producing themed slot games: “The story of Ali Baba is well-known and enjoyed by people all over the world. We wanted to take the most exciting elements of the story to create a fun game that people could enjoy playing as well as experiencing the most exciting parts of a well-loved story. Story is a big factor in storytelling, and we want to give that to audiences, to increase their enjoyment and leave them wanting more!”

The game is inspired by the adventures of Ali Baba, a poor woodcutter who outsmarted the city’s King of Thieves. Remaining true to the source material, Play’n Go used different elements to create an engaging adventure game on the reels. Part of the game is the character symbols of Ali Baba himself, the King of Thieves, and Morgiana. Medium-paying symbols are represented by Middle Eastern spices, daggers, and gems. The low-paying symbols are the 10, J, Q, K, and A royals.

Den of Thieves bonus game – landing scatter symbols on reels one and five in one spin triggers the bonus game. It features 5 levels of pick-and-click rounds. Each round can offer multipliers, free spins, and cash prizes.

Walking Wild – When the King of Thieves appear on the game, it triggers 1 re-spin and turns into a walking wild. He can follow the Ali Baba wild on any reel to open new wilds and winning combinations.