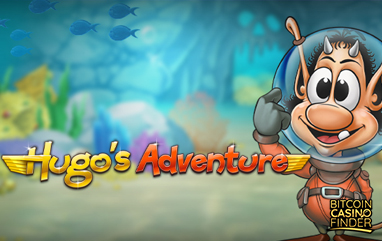 Play’n Go’s Cheif Executive Officer, Johan Törnqvist, led the announcement of the new fiat and Bitcoin slots game in a press release: “Hugo is a beloved character, and whenever we create a Hugo game, we make sure we do it justice, by making the best game possible, and bringing something different from its predecessors. This newest edition is our greatest one yet, and its innovative features are going to excite both fans of the previous games and new players to the Hugo series.”

Hugo’s Adventure is a 5-reel slot with 10 fixed paylines. It’s highly volatile, so the return to player (RTP) is at 96 percent. It accepts bets ranging from between 0.10 to £/€100 per spin. The game is available on both desktop and mobile, giving players the opportunity to play from the comfort of their homes or on the go.

The game is based on the official Hugo franchise, a children’s interactive television show created by the Interactive Television Entertainment in 1990. The character became popular around the world after its release. And the show eventually turned into a franchise supporting 40 TV-channels worldwide.

Hugo’s Adventure stayed true to its original source. The symbols from the game include Hugo himself, Hugolina, monkey repairmen, eagle pilots, submarines, airplanes, and the A to 10 card suits. The latter is the lowest-paying symbol in the game. Hugo, meanwhile, is the most lucrative symbol that pays 50 times your stake in 5 combinations.

There are two major bonus features in Hugo’s Adventure. You can make winning combinations using high-paying symbols, but you can also trigger the Underwater Adventure bonus package and the Air Ace Free Spins feature.

Underwater Adventure – when the submarine bonus scatters appear on reels 2 and 4, you’ll get a spin on the game’s submarine slot machine. You can get up to three lives on the machine.

Air Ace Free Spins – 3 airplane scatter symbols on reels 1, 3, and 5 can grant you 9 spins and 1 life. You can add extra life to the total bonus if you hit the +1 heart balloon symbol.