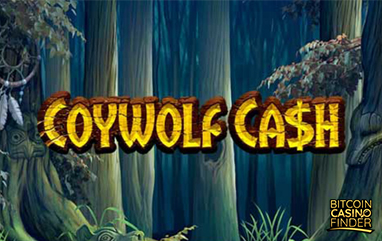 Global software provider supplier Play’n Go updated its fiat and Bitcoin slots portfolio with the recent addition of Coywolf Cash, one of their new titles coming to ICE London 2020 next week. The game will be available for up-close testing by partner casinos at the conference, but it’s now available for play at Play’n Go’s online platforms.

CEO Johan Törnqvist will lead the exhibition at ICE on February. In a recent press release containing the announcement, Törnqvist commented on the new theme Play’n Go has tapped into:

“We capture the essence of every game in its design — for example, the colorful tropical feel in Rainforest Magic. It was a lot of fun to base the game around an animal as interesting as the coywolf; I had no idea what they were before we started designing this game! With this game, the design reflects the nature and the surroundings of the Coywolf to immerse players in the game fully. A game should be an experience, not just a pastime, and that’s what we create with our releases.”

Coywolf Cash, as the name suggests, is about a rare-breed animal. Coywolf is a type of canidae animal—a hybrid of a coyote and a wolf—only found in North America. Although a hybrid of two animals, Coywolves possess a completely different nature as they are known to be apex predators and interbreeders.

Inspired by the interesting life of Coywolves, Play’n Go used the animal’s habitat to come up with Coywolf Cash’s theme and layout. The game showcases the forests of North America, as well as the different rare-breed animals that Coywolves usually interact with. Aside from Alpha Coywolves, Totem figurines, and Tribal masks, wolverines, lynxes, and foxes are also assigned as the game’s major symbols. The low-paying ones are the 10, J, Q, and K royals.

Coywolf Cash offers intense action and generous bonus features. If you can outsmart Coywolves, you can trigger the following bonuses:

Wild Reel – land one Tribal mask scatter on the third reel and trigger the extra reel on the game window. All symbols in the area will expand and take new positions.

Second-Tier Wild Reel – land one Tribal mask scatter on the horizontal reel during a free spin, trigger the second-tier reel, and get an x2, x4, or x7 win multiplier.