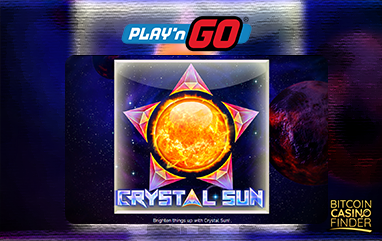 Spearheading the launch is Play’n GO CEO Johan Törnqvist: “Players know a good game when they see one. So, it’s important for us to cater to a wide range of tastes and that’s why we have such a diverse portfolio of games to offer but, at their core, they’re all great games and players respect that.”

The Bitcoin slot game features 5 reels, 3 rows, and 10 paylines. Players can start it from 10p to £100 per spin on desktop, mobile, and tablet devices. Wins and payouts are given both ways for three to five symbols on a reel—from left to right and from right to left. Based on the title itself, you’ll instantly know that the slot is a cosmic-themed game, an answer to NetEnt’s Starburst slot.

All game symbols represent components of the solar system, and the entire atmosphere offers an interstellar world filled with planets and stars. The Shining Sun held in a pentagram star is the wilds. This only lands on 3 middle reels (2, 3, and 4), so they can be hard to come by. The low-value symbols are the multi-colored crystals on the reels, they come in purple, yellow, orange, green, and red. The top symbols following the crystals are triple diamonds, triple sevens, and other rare gems.

The Wilds is the one symbol you need to always chase after as it triggers multiple payouts and rewards. When this symbol lands on a reel, it expands and take over the entire reel. It can also trigger the Wild Re-Spins feature which offers free spins. If you’re lucky, it can once again expand and lead to another re-spin of up to 3x in total and multipliers of up to 9x. The potential payouts from the said multipliers can reward you with up to 4,000 times your stake per re-spin.

The high-paying symbols can give you payouts 4, 8, or 16 times your original stake for three, four, or five symbol combinations. All you need to do is hit the most-rewarding symbols on the reels.