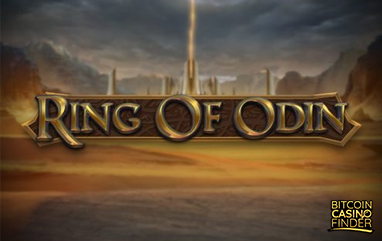 Once again, Play’n Go pays tribute to the Norse gods of the past. The developer’s latest slot release for the month of April, Ring of Odin, follows the legend of the god’s fabled ring, a mythical item said to be forged by elves.

The majority of Play’n Go’s signature Bitcoin slots are based on mythologies and historical events. Once in a while, the developer releases themed games that follows a certain story we’re all familiar about. Ring of Odin’s release marks the new wave of the series this 2020, and CEO Johan Törnqvist is here to see to it that the game will receive the same reception Play’n Go’s customers have given to other mythology-themed slots under the brand:

“Along with the company’s collection of ancient Egyptian slots, we’ve really excelled in the myth-based adventure slots. Mythology is a very popular subject and a rich source of inspiration, with plenty of stories to be told. At Play’n GO we are, first and foremost, entertainers. We pay particular attention to creating a rich narrative in these games, something players appreciate and enjoy immensely.”

As a tribute to Odin, Play’n Go paid attention to detail. The Norse-themed graphics are on point and every single symbol is relevant to the story. The high-paying symbols are the ravens, horses, wolves, Odin’s spear Gungnir, Odin’s eye, and Odin himself. Odin is a premium symbol that also acts as a wild. The low-paying ones are the purple, blue, green, and red runic symbols with ancient engravings.

The title of the game, Ring of Odin, is part of the game’s main features, not the symbol’s setlist. Odin’s ring is the backbone of the game, and it can offer huge rewards and multipliers if triggered.

Odin’s Ring – when triggered, the ring offers free spins, re-spins, and multipliers as part of the bonus rounds.