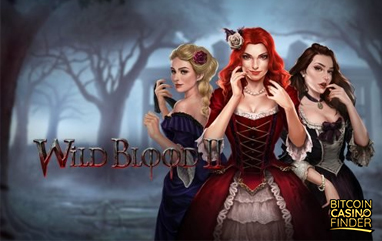 For award-winning slot supplier Play’n Go, January is all about upgrades and innovations. The developer recently released Wild Blood II, the fantasy and vampire-themed sequel to its smash hit 2013 release of the same name. Wild Blood II is one of the first few releases from Play’n Go’s list of 52 fiat and Bitcoin slots for 2020.

Johan Törnqvist, Play’n Go CEO, led the announcement of the sequel: “Wild Blood was a very popular title for us, and we felt the time was right to give these characters another outing. But we also wanted to ensure that we gave a new gaming experience, not just repeating the same game over again, so we have incorporated a new grid format and paytable, and more of contemporary design to give players something new.”

Wild Blood II received a huge action upgrade. From its predecessor’s 5×3 grid layout and 15 paylines, the new slot has a 6×4 grid with over 4,000 paylines. The game is available for play across all devices and at Play’n Go’s partner casinos with 96.54% RTP and medium volatility. The maximum jackpot Play’n Go offers this time is 500,000 or 5,000x the total stake.

Aside from the three women, you can make winning combinations using any symbol as Wild Blood II offers more bonus features than its predecessor. The following features can change the course of the game:

Bloodlust Free Spins – Land 3 to 6 blood vials or scatter symbols on any part of the reel to win 10 to 25 free spins.