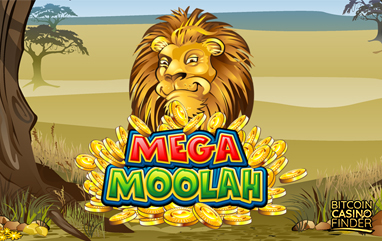 Microgaming’s Mega Moolah remains the most rewarding game in the history of online casinos. Following the success of a lucky player last January 2020, the game has cashed out yet another progressive jackpot win this April amounting to €10,735,716 ($11,744,068).

In a press release led by Andrew Clucas, Chief Operating Officer at Microgaming, the company confirmed the then circulating news that one lucky player from Malta hit the jackpot. Acknowledging the lucky player, Clucas said:

“We are thrilled for the victorious player who struck this staggering €10.7 million wins. Mega Moolah continues to be a favorite among players worldwide and so we are excited to be adding more new progressive games to the jackpot and network throughout the year.”

The player was playing Mega Moolah in a Malta-licensed online casino, Jackpot City. The operator offers live dealers, slots, roulette, and blackjack titles from Microgaming and other Isle of Man-based game developers.

Right after the official announcement from Microgaming, the developer, as always, promised to pay the winner his eight-figure jackpot in one giant lump sum. The standard currency conversion rate on the day of the win is applied.

Mega Moolah is indeed the most rewarding Bitcoin slots game Microgaming ever developed. The game awards payouts worth over €10.7 million ($11.7 million) per day, so the April’s lucky winner has managed to hit one of the highest jackpot prizes in the game.

In total, Mega Moolah’s progressive jackpot network has paid out over €1.1 billion in prizes to date, including more than €26 million this year from players with prizes lower than the eight-figure jackpots. More than 150 players took home an average of €10,000 jackpot this 2020 alone.

Microgaming takes pride in the success of its Mega Moolah title, so the developer is keen on extending the franchise this year. Set for release this 2020 are the Atlantean Treasures Mega Moolah slot from its partner independent casino, Neon Valley Studios, and Absolootly Mad™ Mega Moolah from Microgaming’s in-house studio. The latter is scheduled for a network-wide release on May 5.