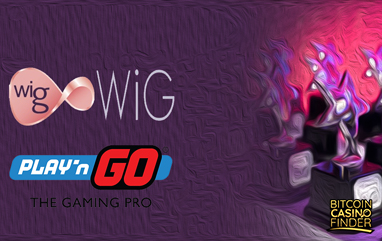 Leading online and land-based casino platform supplier Play’n GO caught the attention of judges in the 9th Women in Gaming (WiG) Diversity Awards and received seven nominations in different categories for commitment to diversity and women empowerment. Play’n GO is also a well-known name in the fiat and Bitcoin casino software industry, which adds to its charm.

There is an unlimited supply of exciting games in the casino industry, but there are only a few women in the field. Hence supporting and promoting gender equality is equally important as creating top-rated games. Such is the case with Play’n GO when the company has been shortlisted for company awards and a number of individual categories at the WiG.

Play’n GO continues to increase the company’s employee engagement by diversifying workplaces and establishing breathtaking offices in Malta. The judges and organizers of the industry’s award-giving body noticed the commitment of the company and grant them nominations in the Company of the Year and Best Place to Work categories. As for individual nominations, Liana Mifsud is in line for the title of Employee of the Year, Irina Tyberg is nominated for Hidden Talent of the Year (Operator) category, and Maria Nilsson is looking forward to the Industry Achiever award. Two employees of Play’n GO employees are also in a tight competition against each other in one category, Ebba Arnred and Lena Yasir are both nominated for the Leader of the Year (iGaming) award.

Johan Törnqvist, the CEO of Play’n GO, expressed his gratitude towards the nominees by saying: “I’d like to congratulate not just the many individuals who’ve been nominated for a 2018 Women in Gaming award, but also all of those within our organisation who continue to shape our culture for the better and go above and beyond. At Play’n GO, we want to make sure we build a culture that is suited to both men and women, and although a large proportion of our workforce is female, there’s more we can do to ensure diversity and inclusivity is entrenched in every level of our hierarchy.”

The competition is unquestionably tight for Play’n GO and other nominees such as Microgaming, LeoVegas, Mansa Gaming, and Aspers Group. But it is safe to say that Play’n GO might dominate the awards night as this is not a first for the company to be nominated in a handful of categories. In 2017, Play’n Go won the Diversity Award and has been considered as one of the most forward-thinking and enjoyable companies in the gaming industry. The company is not only popular for developing prestigious fiat and Bitcoin slots, but also with how they treat employees.

The 9th Women in Gaming Diversity Awards will take place on May 11, 2018 at the Savoy Hotel in London. The event aims to create a progressive and positive arena for gaming, bridge the gender gap among employees, and inspire future generations of female to join the gaming and technological field.