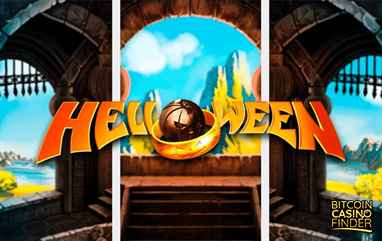 November is less than two weeks away, but Play’n Go is celebrating Halloween early with the release of its new themed slot for traditional online and Bitcoin casinos. Helloween, a spooky slot that features an iconic soundtrack from the German metal power band of the same name, is now live in multiple regions around the world.

Play’n Go is not one to release seasonal slots, but the provider continues to push the boundaries with innovative titles that offer features we don’t usually see in traditional slot formats. Helloween is one of the few seasonal slots in the Play’n Go portfolio, according to CPO Martin Zettergren who led the release of the game, but it can stand on its own feet.

“Last year we didn’t feel we had an idea for a Halloween game that could bring something new to the industry, this year we do. We don’t need the gimmick of a holiday to push our slots; they stand on their own two feet. For Helloween, the design, the features, and the music all come together to create a brilliant Halloween slot that everyone can enjoy,” Zettergren said in a press release.

Aside from being a spooky game, Helloween also heavily draws inspiration from the hit songs of one of the legendary metal power bands in Germany. The game takes tracks from Helloween’s most popular albums that took over Europe, Asia, and the United States—Keeper of the Seven Keys Part I and Part II.

Helloween is housed in a game layout with 5 reels, 3 rows, and 10 fixed paylines. Online casinos can offer it with a 96.2% RTP and a medium volatility. Players can place bets ranging from 0.1 to 100 coins.

Helloween Bonus – landing a scatter symbol on reels 1, 3, or 5 can trigger Helloween Bonus, a wheel of fortune-like feature. Here, players can turn 1 of the 7 features from the tracks into free spins, free games, or extra wilds.