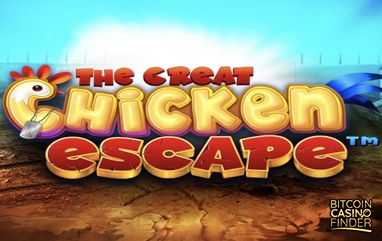 Yossi Barzely, Chief Business Development Officer at Pragmatic Play, led the release of the developer’s new hilarious title. In a press release, Barzely commented: “We are delighted to release our latest thrilling slot, the Great Chicken Escape. With a plethora of features and an incredibly fun theme, we look forward to seeing The Great Chicken Escape being a success for us.”

The Great Chicken Escape has 5 reels and 20 active paylines for players to manipulate. All lines can form winning combinations with 5,000 times your original stake if you’re lucky. It has an RTP of 96.50%, so it’s very volatile. The minimum stake is $0.20, while the maximum is $100 per spin or $5 per payline.

The game displays excellent design, and it perfectly matches the hilarious theme. Although the central idea came from the 1963 war film The Great Escape, Pragmatic Play successfully managed to add humor to the game. The symbols include 3D cartoon roosters, hens, golden eggs, and dogs. The low-paying symbols are your usual J, Q, K, and A card suite.

The rooster, dog, and chicken run act as wilds, but only the rooster can change all symbols. The Guard Dog wild adds 4 to 9 extra wilds to your reels, while the Chicken Run adds 4 wild reels to your spin.

The bonus features can be triggered using special symbols. These bonuses come with free spins, re-spins, huge payouts, and multipliers.

Secret Tunnel Bonus – three treasure chests will appear on the screen to introduce the bonus. Select one to reveal a random reward. You can either collect the reward or enter a mystery tunnel. If you choose the latter, you’ll see four entrances with bonus games.

Big Money Bonus – a bonus round you can activate when you have 5 bonus icons on the reels. In this round, you’ll see several animated carousels. Pick one to get free spins and money rewards.