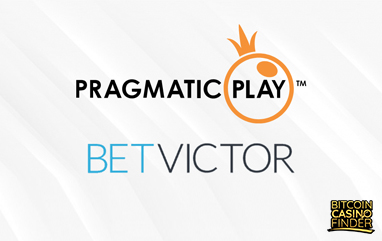 Pragmatic Play remains committed to boosting its presence in different territories through strategic partnerships. This month, the software provider extended its partnership with online gambling firm BetVictor to develop and release a new wave of live casino content and slot titles in the United Kingdom

Melissa Summerfield, chief commercial officer at Pragmatic Play, works closely with Turlough Lally, director of e-gaming at BetVictor. Summerfield commented on the partnership in Pragmatic Play’s official press release: “Our live casino portfolio is a point of pride in our multi-product offering, and we are delighted to offer it to BetVictor’s customers under an agreement that deepens our partnership. We have prioritised growing in regulated markets, so it is very exciting for us to expand with such a well-respected UK operator.”

As part of the deal, BetVictor adds Pragmatic Play’s live dealer portfolio, together with its suite of slot titles, to its offerings via a single API. The two companies’ previous agreement only includes a few casino titles, but the extended partnership requires the addition of land-based classics and newly-released titles.

BetVictor is one of the most popular independent bookmakers in the world, as it is owned by businessman and racehorse owner Michael Tabor. With operational headquarters in Gibraltar, the sportsbook is notable for its sports selection and casino offerings. With the help of BetVictor’s popularity and reputation, the strategic partnership further expands Pragmatic Play’s live casino offerings in the United Kingdom, one of the biggest gambling territories in the industry.

Pragmatic Play’s partnership with BetVictor follows its recent deal with other market leaders in the regulated gaming market, which includes ties with SkillOnNet, Merdianbet, Superbet, and Pomadorro.