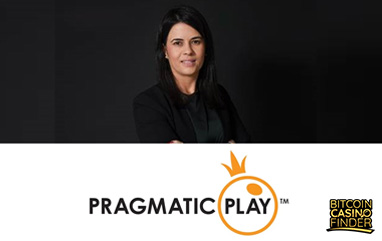 Pragmatic Play is known to the world as a leading casino software provider thanks to their unparalleled portfolio of HTML5 games that work well with both fiat and Bitcoin casinos. This year, the company received further recognition after Chief Commercial Officer Melissa Summerfield earned a spot in the Gaming Intelligence HOT 50.

Melissa Summerfield is already a popular name in the gaming industry as she previously led the gaming operations at bwin.party and CRM at BetVictor. But, her biggest achievement yet was when she joined Pragmatic Play as Chief Commercial Officer in January last year.

Her influence on the expansion of the company’s regulated markets is one thing, but other than that, she oversees integrations with other major and local casino brands like Lottomatica, Microgame, Svenska Spel, and Danske Spil. Summerfield also spearheads Pragmatic Play’s multi-product strategy following the launch of their Bingo and the recent purchase of live casino studio Extreme Live Gaming and virtual sports provider VSoftCo. From time to time, she joins in restructuring commercial teams to provide a new level of service and support to global and local clients. If we’re going to take a look at her overall achievements, Summerfield has planted her success in delivering the industry’s growth in Spain, Italy, and Portugal.

As a response to her recent recognition, Summerfield shared his gratitude in an interview: “I am thrilled to have been named in the Gaming Intelligence HOT 50, an award that recognizes the efforts of the entire Pragmatic Play team in cementing the company as a market-leading multi-product provider. We are excited to be welcoming the industry to ICE stand N8-120 to showcase our entire range of content, and look forward to capitalizing on this momentum throughout 2019.”

About The Gaming Intelligence HOT 50

The Gaming Intelligence HOT 50 celebrates and recognizes all the influential people who helped their companies contribute a groundbreaking impact in the gaming industry in 2018. These people, ranging from innovators to motivators, are in a position to influence others for the year ahead. The other two categories of this annual awarding are for operators and suppliers. All nominees are judged and sponsored by Aspire Global, Red Tiger, and SG Digital.