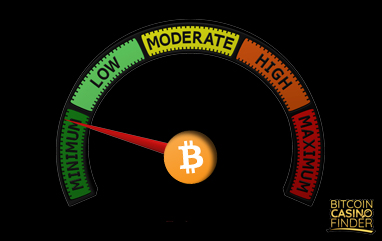 The recent increase in the trading price of Bitcoin is very intriguing as a lot has been said about the digital currency and its future. Bitcoin’s current region price of $6,000 was recently described as a “crucial level” by the Rivermont Crypto Fund, the only actively managed cryptocurrency investment company in Canada. We cannot tell for sure if this is a fact or a speculation, but let’s look into the factors contributing to this conclusion.

For the half of 2018, the coin’s market liquidity and trading price saw multiple ups and downs, never landing on a stable ground. But despite this indecisive and irresolute market, Bitcoin’s actions in the last few months display a strong attitude as compared to its run towards the end of 2017.

If Bitcoin and other cryptocurrencies continue to receive positive receptions from the public by the end of 2018, users and investors can anticipate the approval of the Exchange-Traded Fund (ETF) and other laws beneficial to the crypto ecosystem.

Action Of The Market Players

The current market trend of Bitcoin shows that investors still wait for a phenomenon that could significantly change the liquidity of cryptocurrencies; some believe that ETF can be a catalyst, but others are waiting for something more groundbreaking before they make a decision—to invest or not to invest.

According to analysts, this behavior is normal. Dan Morehead, CEO of Pantera Cryptocurrency Funds, even stated that he doesn’t think that there’s an exaggeration with the actions of the market players. Even the Rivermont Crypto Fund, the research body describing Bitcoin’s market liquidity as a “crucial support”, is one of the cautious players in the present market situation. In fact, their portfolio allocation shows the following: 72.2% allocation in Cash, 19.4% in Bitcoin, and 8.4% in ETH.

Uncertainty Of All Parties

The future trajectory of Bitcoin’s price is always a subject for debate. It remains unclear whether the $6,000 price support is stable enough to trigger a trend reversal as any significant movement can result in another temporary change in trajectory.

As investors approach another chapter, several predictions pop out every now and then. The majority of these guesses suggest a short-term direction for Bitcoin’s trading price, but the most common denominator meeting every claim in the middle is the fact that the $6,000 price region is already a critical level.