Segwit2x And Adapters On Bitcoin: Will It Bring Good For Bitcoin Bettors? 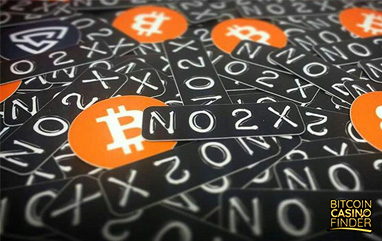 The Bitcoin community is expecting tons of changes with the cryptocurrencies’ value and long-term effects. Since October 8, the price of Bitcoin has increased to about $500–making its mark to reach the $5,000 level. This Bitcoin surge may be pushed by the upcoming SegWit2x hard fork that will happen in November along with more countries that are showing interest to adapting Bitcoin–all of these increases Bitcoin’s value, possibly, for the long term. This is definitely a good sight for those who are into Bitcoin casino gaming.

As all of these are happening, what’s in it for online bettors? Most importantly to those who haven’t dipped their toes into the cryptocurrency market yet? Will these be enough to make you get into the Bitcoin wave? Here are a few pointers that might help you make up your mind.

Formerly SegWit was a proposal to upgrade Bitcoin by altering the long code Segregated Witness and this will change data stored on the network. Another upgrade it hopes to fulfill is increasing the network’s block size to 2 MB. I know it’s pretty tech mumbo-jumbo right now, but Bitcoin users will benefit largely once this pushes through. Currently, miners can only process up to 1MB of transactions every 10 minutes, which in effect, transactions can be approved longer during peak times. To put it simply, when SegWit2x finalizes, online bettors can expect faster transactions–if Bitcoin isn’t fast enough already.

Moreover, with the recent interests of US, Japan, South Korea, and Russia for Bitcoin markets, the price of Bitcoin has gotten up since these countries increased their demand for the cryptocurrency. Most especially, Russian President Vladimir Putin hinted his interest in licensing Bitcoin exchanges and regulating cryptocurrency activities. After these, many people will follow suit and will definitely rise Bitcoin’s value upward.

It might be true, Bitcoin and other cryptocurrencies still pose risks for its users. Similarly, fiat currencies still do until now. With identity theft more rampant on the internet, cash gets stolen even when they’re locked securely in banks, all of these are still risks when we use money. But, Bitcoin even hopes to change these with its functions, to put an end to the risks that money brings. Bitcoin is still in its baby form, there is so much to learn and develop for this cryptocurrency. One thing is constant though. Bitcoin will be the future of money, and as it looks, the gaming community will greatly benefit from the growing number of Bitcoin casino sites.