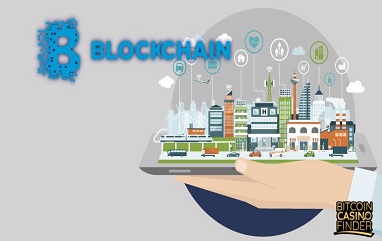 In this modern age, a Smart City is not something one can only dream of anymore—because it’s real. It’s a municipality that uses information and communication technology to make operations more efficient, share information with the public, and improve both the quality of government services and citizen welfare. Considering this innovation, analysts identified the four major countries with Smart Cities that plan to go full-blockchain.

It goes without saying that Dubai is one of the richest countries in the world in terms of business and technology. With its massive commercial establishments, a network trains, and modern amenities almost everywhere you look—more and more tourists are ready to book their flights and explore the country. The United Arab Emirates, as a whole, is far from stopping what it has started in implementing innovative ideas; and turning the city into the first blockchain-based smart megapolis by 2020 is just one of them.

Dubai is first in line for the government-supported Smart City program launched in 2014. It involves projects that will allow residents and tourists to interact with the city in a paperless digital space, including circulation of electronic forms. They also recently applied the blockchain technology to logistics and storage where smart unmanned trucks will be used for the transport of products and materials.

Surprisingly, the blockchain technology was already utilized in Estonia way before Bitcoin was introduced to the public. Without a doubt, the country is ahead of its time. The reason behind the early utilization was the cyber attack of 2007 where some government websites crashed because of critical Distributed Denial of Service (DDoS) attacks. Estonia reached out to the blockchain for data security and later on, for national health, judicial, legislative, and commercial system.

Residents of Estonia now have access to control their personal data with the aid of the blockchain. Moreover, they can challenge illegal access to their information as they are granted opportunities to check medical specialists or civil servants who looked through their medical card, insurance, or driver’s license. Anyone who accesses personal data without permission will face the law.

China may be one of the most populous cities in the world but in the future, they might become one of the countries with the most number of Smart Cities. Chinese officials plan to create 1000 Smart Cities to improve the day-to-day lives of its residents, especially in the area of Housing and Urban-Rural Development.

The country already has 13th Five-Year Plan for National Informatization in December 2016 that states: “The Internet, cloud computing, large data, artificial intelligence, machine learning, blockchain… will drive the evolution of everything — digital, network and intelligent services will be everywhere.”

Next in line is West Virginia since it already works for the launch of a blockchain-based pilot version of mobile voting in 2018 regional elections. Hopefully, New York will follow West Virginia with its Microgrid project for households that want to buy and sell electricity produced by solar panels.