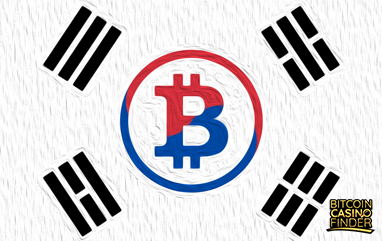 From Asia and beyond, more and more countries are being cautious about digital currencies and the blockchain technology. Whether it be for daily use or entertainment such as Bitcoin casino gaming, crypto is making a name for itself. South Korea, one of the countries taking bigger steps to create more opportunities and business interests from these innovations, has agreed to invest $35 million in the government’s budget next year to develop blockchain technology and industry related Distributed Ledger Technology (DLT) and Inter-Individual P2P transactions. In addition to that, the country recently agreed to lift regulatory measures for crypto, which opens doors to more cryptocurrency-powered activities and developments.

The government reportedly conducted a meeting with the participation of the Ministry of Science and ICT, the Ministry of Information and Communication, the Democratic Party of Korea, and others. After the discussion, the Vice Minister of Health and Welfare announced to the public that all the departments involved agreed to increase the budget thrice the size of last year’s. From his full statement, he highlighted: “Everyone agrees that the blockchain is a technology to change the future. 10% will be based on block chaining. Growth industry. This is why we organized the budget to 40 billion won, and this year we will increase the number of projects to sixteen public sectors including real estate transactions and personal clearance to 12 next year.”

Breaking down other reports from the meeting, the Ministry of Science and ICT shared that they received 72 blockchain project applications from 41 public institutions in South Korea. From the selections, they picked six final projects for their development in the final sector. For next year, the Ministry claimed that they will double the number of selected projects to 12 and will include three to four private-led blockchain projects as well. The Ministry of Information and Communication, on the other hand, will provide technical and service verification, as well as consulting services for the blockchain start-ups next year.

The government, as a whole, is expected by the members of the discussion to play a role as a prime minister and oversee the overall process of the project. Additionally, they’re also seeking institutional and legislative support from the National Assembly.

The Ministries may have captured the heart of the government through their proposal, but there are also opposite voices targeting the budget.

Han Ho-hyun, a notable professor from South Korea’s Kyunghee University, said, “I admit that it is difficult to secure 40 billion won by tripling next year, but I have to spend more budget. The size of other countries is tens of trillion. We can invest more than 100 trillion won in three years.”

Another opposing voice came from Jae Jae-woong, a member of the Blockchain and Convergence PM at the Information and Communication Technology Promotion Center (IITP). He publicly stated: “If I invest 1 trillion dollars in building a blockchain budget in IITP, you need to see if you need additional inputs… amsorry to hear that the block-chain issue is solely due to the problem of cryptographic financing (ICO).”