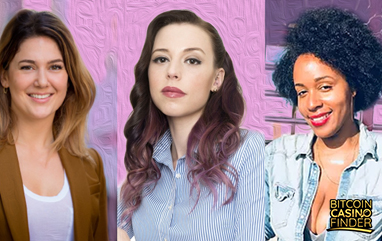 The world of crypto and blockchain is reportedly dominated by men due to unconscious gender bias surrounding the industry. Currently, 97% of the Bitcoin community is composed of males, and women only take a $5 billion share over the $85 billion estimate that Bitcoin investors accumulated last year.

But as years go by, a more gender-balanced approach is slowly being established by female crypto leaders and investors. Several studies revealed that females’ interest in cryptocurrency and digital technology is gradually growing, which many see as a new effort to grow their ranks. In this regard, meet the women who are changing the game:

“There’s a lot of wealth being generated, and a lot of times we’re left out of the conversation. It’s left to the males, the husbands, the partners, significant others, etc. But it’s just as easy for us to get involved.”

Shanah’s determination to promote gender diversity throughout the tech world earned her the title “Bitcoin Bombshell”. It was her lifelong dream to inspire more women to not let their male counterparts dominate any cryptocurrency conversation because, to her knowledge, a history of intimidation is the biggest reason many women avoid topics about cryptocurrency. Following this path, she was able to write an ebook entitled “Demystifying Digital Currency”. The published book gave her the opportunity to hold weekly conferences in New York City to invite women who want to get involved in crypto-investments.

“Diversity in development isn’t about a numbers game. It’s about filling in each other’s blind spots to build a safer, more useful product for everybody.”

Former JP Morgan Leader Amber Baldet is the female face of the blockchain technology. She believes that the industry does not give women the public recognition they deserve; this is evidently true for women who are at the forefront of tech industries. To spark a movement, Amber left her job at JP Morgan and launched a blockchain company called Clovyr, an application store for decentralized applications powered by the blockchain technology.

“We need to encourage executives to look outside of their networks when recruiting and we need to highlight the career paths of women in the industry so women who are looking to join feel there is a place for them. It’s also important to track diversity and understand why there are fewer women in the industry.”

Meltem is a cryptocurrency investor, advisor, and advocate. She worked for giant industries related to financial risk management and capital efficiency. What makes her stand out in the industry is her moral advocacy focusing on the belief that the world of crypto is being dominated by greed. She’s now taking a stand against it by shining a light upon other female leaders’ successes in the industry.