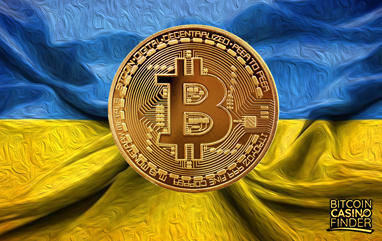 The Economic Development and Trade Ministry of Ukraine proposed an adoption concept of state policy for the classification and legalization of cryptocurrency-related transactions. From an official press release, the ministry stated that the policy’s function is to “create understandable conditions for conducting activities in the field of virtual assets and virtual currencies”.

Should the plans materialize, Bitcoin can further expand its horizon and tap into different sectors of Ukraine to provide convenience in payments, security, and present more possibilities that will promote the use of crypto across the globe.

The government of Ukraine never opened its doors to cryptocurrency regulation until the ministry revealed the state policy. The only time they released a statement regarding this matter was when the legalization surfaced in mid-May after Alexei Mushak, a member of the parliament, attached a copy of an alleged draft legislation document for crypto to his official public page on Facebook.

The document highlights that the purpose of the legislation is to create a free and transparent digital marketplace for cryptocurrency users, traders, and sellers. It outlines rules for storing, using, and exchanging cryptocurrency, digital contracts, and smart contracts. And it will follow a state, organization, and individual level of regulation process.

Plans For The Next 3 Years

The proposed plan of the ministry will first establish a legal definition for key terms in the cryptocurrency ecosystem such as virtual currency, virtual assets, Initial Coin Offerings (ICO), cryptocurrency mining, smart contracts, and tokens. Afterward, the concept is expected to be implemented in two stages and will be completed by 2021. In addition to that, this gives more hope to Bitcoin casinos and accessibility of the crypto-powered platforms in the country.

According to the document prepared by the ministry, the next stages they proposed which will culminate on 2020 to 2021 would involve recognizing cryptocurrency wallet providers and exchange platforms as “subjects of primary financial monitoring.” It’s the same status typically granted to traditional financial institutions such as commercial banks and insurance companies. Hence, it’s safe to say that most Ukrainian cryptocurrency firms will function legally by 2021 of approved.

If signed into law without reservations, the policy would levy a five percent tax on crypto holdings owned by entities and individual users. For business crypto-related profits, on the other hand, the basic corporate and personal income tax rate of 18 percent will be imposed.

An exclusive group within the Ministry of Finance is currently working on the bill to elaborate the framework for crypto taxation, and it was recently reported that an alternative bill proposing specific crypto tax exemptions is also on process.