After $10k What’s Next For Bitcoin? 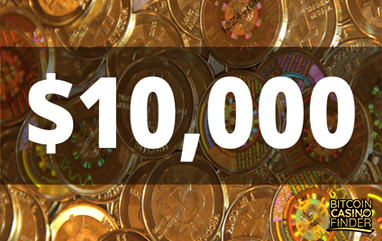 Bitcoin proved its long-time naysayers wrong after hitting the five-figure mark of $10,000 and even after hours later, it reached its all-time high value of above $11,000. The cryptocurrency has always been looked at as a ‘bubble’ and will eventually crash. Especially, its past relationship with Silk Road strayed people from trying out cryptocurrency payments. But the calendar year of 2017 propelled crypto to new heights and encouraged more people to check out Bitcoin guide information pages. It grew massive mainstream acceptance and this led to the cryptocurrency to blow through record-highs and the month of November was its peak. Bitcoin entered the month of November with the value of $7,000, but the $8k and $9k marks were easily reached and Bitcoin continued its ascent as the month closed. Bitcoin’s price increased over $3,000 just this month alone.

As the significant $10k mark is reached, what is next for the virtual currency? The easiest answer is that this new mark helped Bitcoin make an impact on the mainstream market. As media and investors talk about Bitcoin, more people are encouraged to take part in the Bitcoin market. Additionally, many countries have shown interest in regulating Bitcoin, which puts users in favor. For instance, Bitcoin solves a global financial problem in remittances, which plays a major part in the economy of the Asian country, Philippines. Now, the country’s central bank is in talks of regulating cryptocurrencies to help their overseas workers send money to their families in the most efficient way possible–through Bitcoin.

Bitcoin is just getting started

As more adopters get into Bitcoin and more countries embrace Bitcoin as a mode of payment, more are influenced to buy bitcoins, which contributes to the increasing price. The cryptocurrency is still in its ‘baby form’ with scaling still shown as a weakness. Regardless of that, it disproved that it’s a bubble as the public begins to be aware of its capabilities. Most people worry that it’s too late to get into Bitcoin. But, this is a common misconception as the best time to buy bitcoins is now. It is not too late–regardless of its value, Bitcoin will stay.