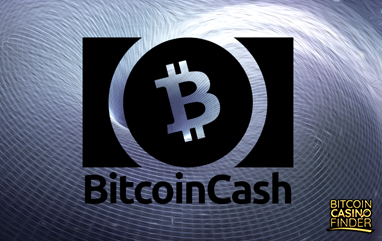 The economic path of Bitcoin Cash is slowly following its successor, Bitcoin. For more than a year after the hard fork was made, Bitcoin Cash’s network and investors managed to gather plenty of support from online financial services like wallets and exchanges. At the same time, the coin also accumulated massive support from merchants and entrepreneurs.

Due to its consistency after the fork, Bitcoin Cash mining giants in China announced a protocol that will allow transaction of asset tokens and crowd sales to the coin’s blockchain network, and it will be called “Wormhole”.

Bitmain Technologies Ltd, a cryptocurrency mining giant in China, will launch Wormhole to allow anyone to create transactions and assets on top of the Bitcoin Cash blockchain. It will have the same objectives as ERC-20 tokens and can easily let projects raise their funds while backers contribute to smart contracts.

At present, there is no startup company announcing crowd sales on the Wormhole platform. But Roger Ver, a prominent Bitcoin supporter and investor, expressed his gratitude towards the new project in an interview. He said: “We’ve been thinking about having our own ICO for maybe the games part of the platform,” said Roger Ver in a video published earlier this week. “Maybe we’ll issue a token and pay dividends or use part of the money… to buy back the tokens on the open market.”

If Bitcoin Cash is a hard fork of Bitcoin, the Wormhole would be a hard fork of the Omni layer, the initial Bitcoin protocol used to record and monitor trades of major digital assets and tokensales like Tether and MaidSafeCoin. Wormhole will enhance the capacity of Bitcoin Cash when making transactions, it will expand the coin’s niche on top of its cash-only functions. The codebase and protocol for Bitcoin Cash under the Wormhole will allow more complex smart contracts, lower fees, and a Twitter-like message service for users.

Aside from Bitcoin Cash and other 181 tokens, the new platform will launch “Wormhole Cash”. This new token provides any individual or organization to create representative tokens or Initial Coin Offerings (ICOs) for themselves. Bitcoin Cash and Wormhole Cash aside, users can create tokens that can represent any commodity like gold, silver, copper, and tobacco, as well as virtual assets like stocks, bonds, and loyalty points.